The European Fund for Strategic Investments (EFSI) is benefitting regional economies and communities mostly through massive support for small and medium enterprises (SMEs) and thanks to the first investment platforms involving local actors. This was the main message delivered by the Vice-President of the European Commission Jyrki Katainen to local leaders during the debate promoted on 22 April by the European Committee of the Regions’ (CoR) commission for economic policy (ECON) to assess the EFSI impact at regional level.

When the European Fund for Strategic Investments (EFSI) was launched in 2015, EU regions and cities expressed serious concerns about the lack of involvement of local and regional authorities and the risk of widening development gaps by focussing the fund’s intervention in the most competitive areas and business sectors. Over six months after the start of EFSI operations, Vice-President Katainen reassured ECON members and representatives of the main associations of local and regional authorities that the fund is already supporting 136 000 SMEs across Europe, including less developed areas such as in Bulgaria. 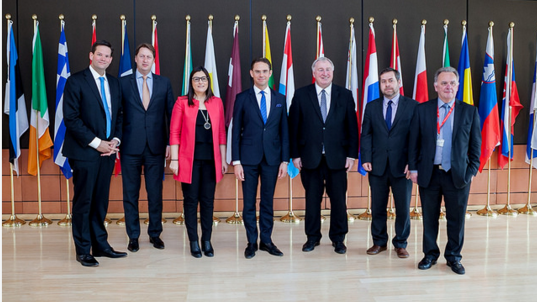 Furthermore, Vice-President Katainen highlighted that investment platforms are proving to be a concrete opportunity to mobilise private funding on bottom-up innovation projects, as is happening with a platform in Ile-De-France that was launched to improve energy efficiency in more than 40 000 houses.

“We are glad of the promising start of the EFSI operations and more specifically of the attention given to SMEs, which, in many regions, are still struggling to get financial support”, said the Chair of the ECON commission, Christian Buchmann . He also argued that: “The CoR and the Commission are ready to cooperate even more to make sure that local and regional authorities are fully aware of the EFSI opportunities so that they can help aggregating smaller scale projects and encourage potential private investors to consider this option in case of strategic but risky initiatives”.

“I warmly welcome the CoR’s active role, from the very beginning, in the debate on the Investment Plan for Europe. EFSI aims to cover all EU regions and is expected to cover a large number of countries and sectors. I look forward to seeing even more outcome of this work and continuing our close cooperation with the Committee, and with all local and regional stakeholders, to ensure that investments deliver concrete results on the ground”, said Jyrki Katainen, Vice-President of the European Commission.

During the debate, it was clear that there are still concerns on the balance in the territorial impact of EFSI also supported by the fact that, so far, some of the weaker EU economies are not benefitting much of the EFSI support as for Romania, Lithuania, Latvia, Cyprus, Malta, who have either no projects or very few.

The EFSI implementation will also be further debated at the European Summit of Cities and Regions next July in Bratislava at which Vice-President Katainen will be a keynote speaker.

Source: EU Committe of the Regions