Well-functioning insolvency and restructuring systems are key to supporting economic growth and job creation. This initiative will increase the opportunities for companies in financial difficulties to restructure early on so as to prevent bankruptcy and avoid laying off staff. It will ensure that entrepreneurs get a second chance at doing business after a bankruptcy. It will also lead to more effective and efficient insolvency procedures throughout the EU. 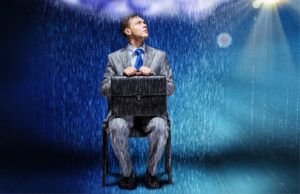 First Vice-President Frans Timmermans said: “We want to help businesses to restructure in time, so that jobs can be saved and value preserved. We also want to support entrepreneurs who do fail to get back on their feet quicker, get out there and try again wiser.”

Commissioner for Justice, Consumers and Gender Equality, Věra Jourová said: “Every year in the EU, 200,000 firms go bankrupt; which results in 1.7 million job losses. This could often be avoided if we had more efficient insolvency and restructuring procedures. It is high time to give entrepreneurs a second chance to restart a business through a full discharge of their debts within a maximum three years.”

This initiative is a key deliverable under the Capital Markets Union Action Plan and the Single Market Strategy. It will contribute to removing important barriers to the development of capital markets in the EU by providing legal certainty to cross-border investors and companies operating across the EU. The new rules will help attract investors, create and preserve jobs, as well as help economies absorb economic shocks. Currently, too many viable companies in financial difficulties are steered towards liquidation rather than early restructuring and too few entrepreneurs get a second chance.

The proposal is also good news for financial stability since efficient restructuring procedures will prevent businesses from defaulting on their loans to the banks and will help addressing the issue of high levels of non-performing loans in parts of the EU banking sector. This is turn will allow banks to lend more to consumers and businesses.

The new rules will observethe following key principle to ensure insolvency and restructuring frameworks are consistent and efficient throughout the EU:

The 2015 Insolvency Regulation focuses on resolving the conflicts of jurisdiction and laws in cross-border insolvency proceedings, and ensures the recognition of insolvency-related judgments across the EU. It does not harmonise the substantive insolvency laws of the Member States.

Reviews of the implementation of the 2014 Recommendation on restructuring and second chance showed that, despite reforms in the area of insolvency, rules still diverge and remain inefficient in some countries. In several Member States, it is not possible to restructure a business before it is insolvent. As regards the second chance, important discrepancies have remained as to the duration of the discharge period.

Such differences in Member States’ legal frameworks lead to legal uncertainty, additional costs for investors in assessing their risks, less developed capital markets and persisting barriers to the efficient restructuring of viable companies in the EU, including cross-border enterprise groups.

In this context, the 2015 Capital Markets Union Action Plan announced a legislative initiative on business insolvency, including early restructuring and second chance. This initiative is intended to address the most important barriers to the free flow of capital and build on national regimes that work well. The Single Market Strategy announced the support of entrepreneurs through a legislation providing a regulatory environment accommodating failure without dissuading entrepreneurs from trying new ideas again.

The “Five Presidents’ report” on “Completing Europe’s Economic and Monetary Union” of June 2015 listed the area of insolvency law among the most important bottlenecks preventing the integration of capital markets in the euro area and beyond.