Volvo Cars, the premium car maker, will work together with Microsoft, the leading platform and productivity company, to jointly develop next generation automotive technologies.

The two companies today revealed how Microsoft HoloLens, the world’s first fully untethered holographic computer, might be used in future to redefine how customers first encounter and explore a car, as well as how cars might be bought and sold in future. 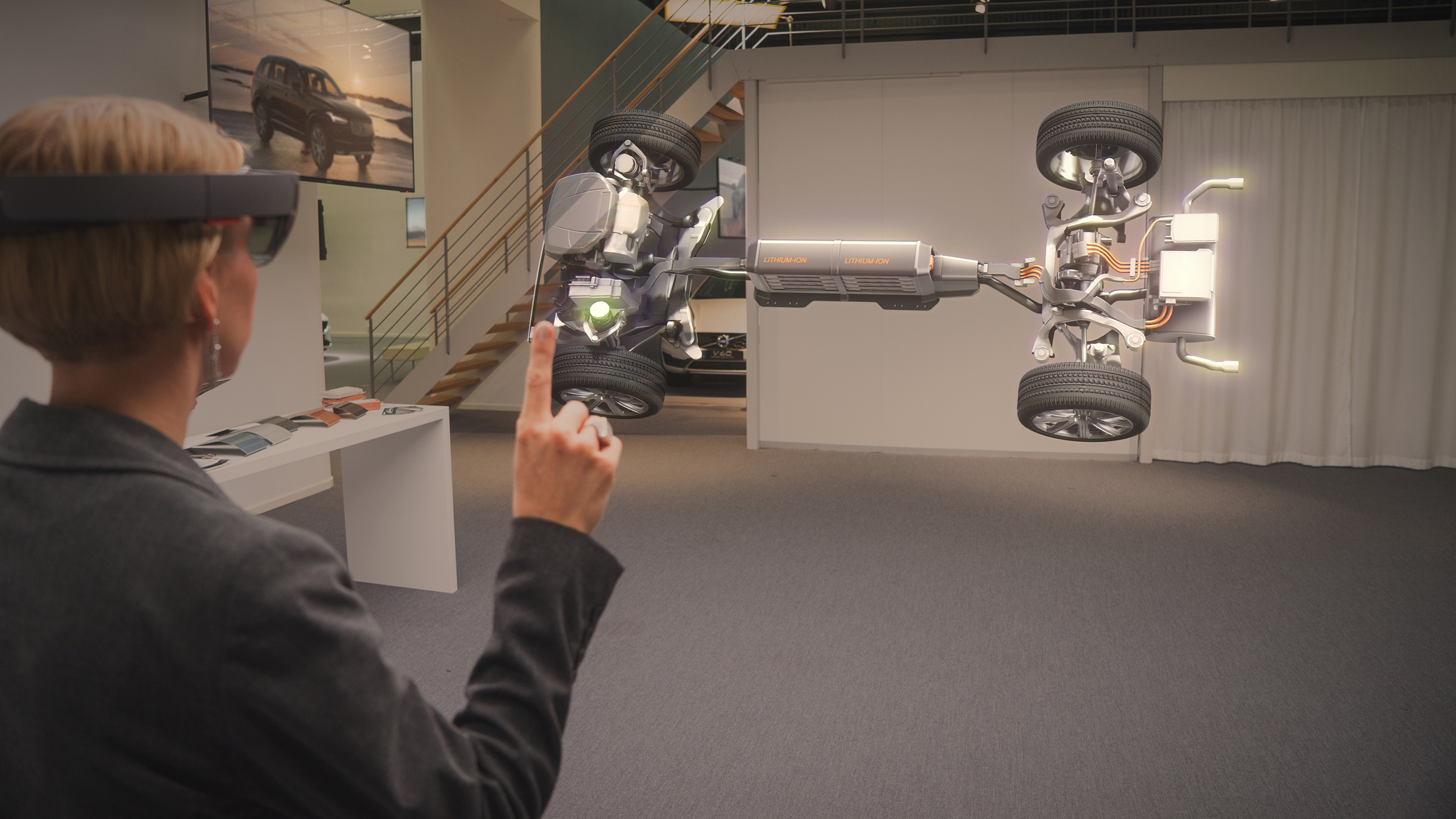 Areas of future collaboration between the two companies could include autonomous driving technologies and the utilisation of data generated from connected cars to create new services.

Today’s HoloLens demonstration was conducted at Microsoft’s global headquarters in Redmond, USA, and showed how mixed reality might be used by customers to configure cars in three dimensions. With HoloLens, a powerful, wearable computer, holograms are mixed into the physical world.

“HoloLens offers the freedom to create a bespoke experience which customers can steer themselves. Imagine using mixed reality to choose the type of car you want – to explore the colours, rims, or get a better understanding of the features, services and options available,” said Björn Annwall, Senior Vice President, Marketing, Sales and Service.

He added HoloLens technology might also liberate dealers from more traditional sales environments and allow them to take a car configurator out on the road in small Pop-Up stores, shopping malls or on the high street, opening up new sales channels and introducing cars to a far larger potential audience.

At the HoloLens demonstration today, participating journalists were also given a mixed reality preview of Volvo’s new S90 premium sedan, which will be unveiled in reality at the North American International Auto Show in Detroit in January.

Today’s event offered an indication of the potential of mixed reality to transform the relationship between the customer and the car. Journalists were able to experience Volvo’s new sedan and its latest autonomous driving technology in 3D before the car has even been built and launched.

“We are thrilled to be working with Volvo Cars to reimagine what is possible in car design, discovery and purchasing. We are excited to be at this intersection of technology and human-centric design with Volvo,” Scott Erickson, Senior Director, Microsoft HoloLens at Microsoft Corp.

Today’s demonstration marks the beginning of longer term cooperation between Volvo and Microsoft that will embrace a range of new technologies, all of which have implications for the automotive industry.

Other areas of cooperation are expected to include how information gathered by cars and their drivers can be used to enhance the driving experience and the possibility of using predictive analytics to improve safety.

“We are extremely happy to innovate with Microsoft in the field of future mobility,” said Klas Bendrik, Senior Vice President and Chief Information Officer at Volvo Cars. “Today’s technology will allow us to achieve not only a more sustainable and crash-free future but also new benefits for our customers and society. Together with Microsoft we aim to pioneer in this field.”