The European Commission has approved today new state aid rules that exempt certain public support measures for ports, airports, culture and the outermost regions from prior Commission scrutiny. The objective is to facilitate public investment for job creation and growth whilst preserving competition 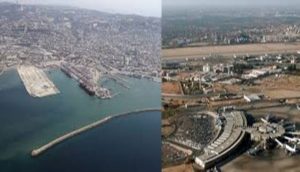 Commissioner Margrethe Vestager, in charge of competition policy, said: “We want to ensure that companies can compete on equal terms in the Single Market – and we want to do so in the most efficient way. EU state aid rules are the same for all Member States. Today’s changes will save them time and trouble when investing in ports and airports, culture and the EU’s outermost regions, whilst preserving competition. They also allow the Commission to focus attention on state aid measures that have the biggest impact on competition in the Single Market, to be “big on big things and small on small things” to the benefit of all European citizens”.

The 2014 ‘General Block Exemption Regulation’ enabled Member States to implement a wide range of State aid measures without prior Commission approval because they are unlikely to distort competition. As a result, about 95% of state aid measures implemented by Member States (with a combined annual expenditure of about €28 billion) are now exempted. For example, in the area of research, development and innovation the number of state aid notifications has halved since 2014 (see 2016 State Aid Scoreboard).

The Commission has now extended the scope of this Regulation to ports and airports, following two public consultations.

As regards airports, Member States can now make public investments in regional airports handling up to 3 millionpassengers per year with full legal certainty and without prior control by the Commission. This will facilitate public investment in more than 420 airports across the EU (which account for about 13% of air traffic).

The Regulation also allows public authorities to cover operating costs of small airports handling up to 200 000 passengers per year. These small airports account for almost half of all airports in the EU but only 0.75% of air traffic. While they can make an important contribution to the connectivity of a region they are unlikely to distort competition in the EU Single Market.

With regard to ports, Member States can now make public investments of up to €150 million in sea portsand up to €50 million in inland ports with full legal certainty and without prior control by the Commission. The Regulation allows public authorities to cover the costs of dredging in ports and access waterways.

In addition, the Regulation includes a number of new simplifications in other areas. In particular, the Commission will only look at bigger state aid cases that involve a higher amount of aid for culture projects (and only if these measures actually constitute state aid, which in most instances is not the case) and for multi-purpose sports arenas.

The Commission has also made it easier for public authorities to compensate companies for the additional costs they face when operating in the EU’soutermost regions taking account of the specific challenges these companies are facing such as their remoteness and dependence on a few traded products.

The initiative aims to reduce administrative burdens for public authorities and other stakeholders in the context of the Commission’s Regulatory Fitness and Performance of EU Legislation (REFIT) agenda. It forms part of the Commission’s effort to focus state aid control on bigger cases that significantly impact competition in the Single Market, to the greatest benefit of consumers. It complements several initiatives the Commission has taken over the past two years to modernise State aid enforcement. The objective of these initiatives is to further facilitate public investment in support of our common goals on jobs and growth, climate, innovation and social cohesion.

The updated Regulation is an additional milestone in the consistent work of the Juncker Commission to make sure that EU state aid rules are applied as effectively and efficiently as possible.

In addition to the revision of the General Block Exemption Regulation, the Notion of Aid Notice adopted in May 2016 clarifies what public support measures fall outside the scope of EU state aid control, for example because they do not distort competition in the Single Market. It helps Member States design public support measures that can be implemented without prior scrutiny by the Commission. For example, it confirms that public investment in roads, inland waterways, rail and water distribution networks can typically be carried out without prior scrutiny by the Commission.

Furthermore, the Commission has, in September 2016, taken a series of state aid decisions (see also previous package of May 2015), which clarify what public support measures Member State authorities can implement without prior scrutiny by the Commission, because they do not affect trade between Member States.

Together, these initiatives help to stimulate investment by reducing the administrative burden for public authorities and companies, whilst increasing legal certainty for aid beneficiaries and competitors. They also allow Member States to take responsibility for their policy choices on local state aid measures and the Commission to focus resources on investigating state aid measures likely to have the biggest impact on competition in the Single Market.