The European Commission has published a Eurobarometer survey presenting European citizens’ opinions on the impact of digitisation and automation on daily life. European citizens see digitisation and automation primarily as an opportunity but call for investment for better and faster internet services as well as effective public policy to accompany changes, in particular in areas such as employment, privacy and personal health. The results also show that the more people are informed or use technologies the more they are likely to have a positive opinion on them and to trust them. 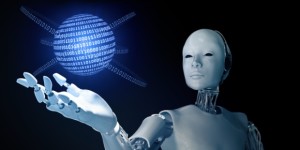 Positive impact of digital technologies on society, economy and quality of life

75% of respondents think the most recent digital technologies have a positive impact on the economy, 67% – on their quality of life, 64% – on the society.

76% who use Internet every day say the impact of these technologies on their quality of life has been positive, compared to 38% who never use the Internet.

Two thirds of respondents (69%) answered that a faster and more reliable Internet connection would encourage them to make more use of the innovative digital technologies. 63% would use these technologies more if the online services would be secure and 57% if more public services were online.

41% think that the EU is best placed to take effective action to address the impact of the most recent digital technologies. 47% think that companies or national public authorities have a role to play.

Many Europeans believe their digital skills are sufficient

When questioned about their digital skills, 35% of respondents fully agreed that their skills were sufficient for their daily lives whilst 36% tended to agree and 25% disagreed. Amongst respondents who are employed, 44% fully agreed that they were sufficiently skilled in the use of digital technologies to do their work whilst 36% tended to agree and 17% disagreed.

However, large differences in perceptions are visible across countries, and between people of different age groups and educational backgrounds. In particular, younger people and people with a higher level of education are generally more confident in their skills.

Only 7% of respondents consider that stories published on social networks are generally trustworthy. The main criterion to trust a story on social media is a reliable source (36%). (e.g. media, brand or organisation)  followed by good references 19%.

61% in the Netherlands, 52% in Sweden and 51% in Denmark trust a story on social media if it comes from a reliable source; but only 18% of respondents in Croatia and 23% in Slovakia and Romania.

Robots and artificial intelligence: people who know something about them tend to be more positive about them

Attitudes to robots and artificial intelligence are generally positive (61%). More than eight in ten respondents agree robots are necessary as they can do jobs that are too hard or too dangerous for people (84%), while 68% agree robots and artificial intelligence are a good thing for society because they help people do their jobs or carry out daily tasks at home.

In general, positive views are higher amongst respondents who have heard, read or seen something about artificial intelligence in the last 12 months than who have not (75% vs. 49%).

Although a large majority of respondents have not used a robot at home or at work (85%), more than one third of the respondents say they would be comfortable having a robot assist them at work (35%) and receiving goods delivered by a drone or a robot (35%).

Just over one quarter of respondents are comfortable with having a robot to provide them services and companionship when infirm or elderly (26%) or with having a medical operation performed on them by a robot (26%). 22% would be comfortable being driven in a driverless car in traffic.

Digital health and care: more than half of EU citizens want online access to their medical records

In the last 12 months, less than one in five respondents have used health and care services provided online (18%). 52%  of all respondents would like online access to their medical and health records.

Respondents are much more willing to share their health and wellbeing data with doctors and healthcare professionals (65%) than with companies (14%) or with public authorities even if anonymised and for research purposes (21%).

Most Internet users have taken at least some action to increase their security and privacy online. 45% installed or changed antivirus software, 35% are opening emails only from known sources.

At the same time 61% admit that security and privacy features play a role when purchasing an IT device, but only 27% are willing to pay more for them. Opinions across Member States differ substantially with 75% of respondents in Germany compared to only 47% in Romania saying that security and privacy features play some role in their choice of IT product.

This Special Eurobarometer 460 was carried out between 18 and 27 March 2017. Some 28.000 EU citizens from different social and demographic categories were interviewed face-to-face at home in their native language in the 28 Member States.

This Eurobarometer follows on from previous surveys in this area in 2014 and 2012 and it covers several areas, showing the actual use/impact of digital technologies and the way citizens perceive the digital transformation.