When the words “artificial intelligence” (AI) come to mind, your first thoughts may be of super-smart computers, or robots that perform tasks without needing any help from humans. Now, a multi-institutional team including researchers from the National Institute of Standards and Technology (NIST) has accomplished something not too far off: They developed an AI algorithm called CAMEO that discovered a potentially useful new material without requiring additional training from scientists. The AI system could help reduce the amount of trial-and-error time scientists spend in the lab, while maximizing productivity and efficiency in their research. 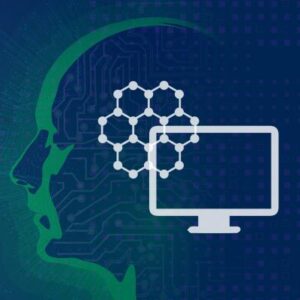 CAMEO, short for Closed-Loop Autonomous System for Materials Exploration, is an artificial intelligence algorithm developed by a multi-institutional team including researchers from NIST.
CREDIT
N. Hanacek/NIST

The research team published their work on CAMEO in Nature Communications.

In the field of materials science, scientists seek to discover new materials that can be used in specific applications, such as a “metal that’s light but also strong for building a car, or one that can withstand high stresses and temperatures for a jet engine,” said NIST researcher Aaron Gilad Kusne.

That’s where CAMEO comes in. Short for Closed-Loop Autonomous System for Materials Exploration and Optimization, CAMEO can ensure that each experiment maximizes the scientist’s knowledge and understanding, skipping over experiments that would give redundant information. Helping scientists reach their goals faster with fewer experiments also enables labs to use their limited resources more efficiently. But how is CAMEO able to do this?

The Method Behind the Machine

Machine learning is a process in which computer programs can access data and process it themselves, automatically improving on their own instead of relying on repeated training. This is the basis for CAMEO, a self-learning AI that uses prediction and uncertainty to determine which experiment to try next.

As implied by its name, CAMEO looks for a useful new material by operating in a closed loop: It determines which experiment to run on a material, does the experiment, and collects the data. It can also ask for more information, such as the crystal structure of the desired material, from the scientist before running the next experiment, which is informed by all past experiments performed in the loop.

“The key to our experiment was that we were able to unleash CAMEO on a combinatorial library where we had made a large array of materials with all different compositions,” said Ichiro Takeuchi, a materials science and engineering researcher and professor at the University of Maryland. In a usual combinatorial study, every material in the array would be measured sequentially to look for the compound with the best properties. Even with a fast measurement setup, that takes a long time. With CAMEO, it took only a small fraction of the usual number of measurements to home in on the best material.

The AI is also designed to contain knowledge of key principles, including knowledge of past simulations and lab experiments, how the equipment works, and physical concepts. For example, the researchers armed CAMEO with the knowledge of phase mapping, which describes how the arrangement of atoms in a material changes with chemical composition and temperature.

Understanding how atoms are arranged in a material is important in determining its properties such as how hard or how electrically insulating it is, and how well it is suited for a specific application.

“The AI is unsupervised. Many types of AI need to be trained or supervised. Instead of asking it to learn physical laws, we encode them into the AI. You don’t need a human to train the AI,” said Kusne.

One of the best ways to figure out the structure of a material is by bombarding it with X-rays, in a technique called X-ray diffraction. By identifying the angles at which the X-rays bounce off, scientists can determine how atoms are arranged in a material, enabling them to figure out its crystal structure. However, a single in-house X-ray diffraction experiment can take an hour or more. At a synchrotron facility where a large machine the size of a football field accelerates electrically charged particles at close to the speed of light, this process can take 10 seconds because the fast-moving particles emit large numbers of X-rays. This is the method used in the experiments, which were performed at the Stanford Synchrotron Radiation Lightsource (SSRL).

The algorithm is installed on a computer that connects to the X-ray diffraction equipment over a data network. CAMEO decides which material composition to study next by choosing which material the X-rays focus on to investigate its atomic structure. With each new iteration, CAMEO learns from past measurements and identifies the next material to study. This allows the AI to explore how a material’s composition affects its structure and identify the best material for the task.

“Think of this process as trying to make the perfect cake,” Kusne said. “You’re mixing different types of ingredients, flour, eggs, or butter, using a variety of recipes to make the best cake.” With the AI, it’s searching through the “recipes” or experiments to determine the best composition for the material.

That approach is how CAMEO discovered the material ?Ge?_4 ?Sb?_6 ?Te?_(7,) which the group shortened to GST467. CAMEO was given 177 potential materials to investigate, covering a large range of compositional recipes. To arrive at this material, CAMEO performed 19 different experimental cycles, which took 10 hours, compared with the estimated 90 hours it would have taken a scientist with the full set of 177 materials.

The material is composed of three different elements (germanium, antimony and tellurium, Ge-Sb-Te) and is a phase-change memory material, that is, it changes its atomic structure from crystalline (solid material with atoms in designated, regular positions) to amorphous (solid material with atoms in random positions) when quickly melted by applying heat. This type of material is used in electronic memory applications such as data storage. Although there are infinite composition variations possible in the Ge-Sb-Te alloy system, the new material GST467 discovered by CAMEO is optimal for phase-change applications.

Researchers wanted CAMEO to find the best Ge-Sb-Te alloy, one that had the largest difference in “optical contrast” between the crystalline and amorphous states. On a DVD or Blu-ray disc, for example, optical contrast allows a scanning laser to read the disc by distinguishing between regions that have high or low reflectivity. They found that GST467 has twice the optical contrast of ?Ge?_2 ?Sb?_2 ?Te?_5, a well-known material that’s commonly used for DVDs. The larger contrast enables the new material to outperform the old material by a significant margin.

GST467 also has applications for photonic switching devices, which control the direction of light in a circuit. They can also be applied in neuromorphic computing, a field of study focused on developing devices that emulate the structure and function of neurons in the brain, opening possibilities for new kinds of computers as well as other applications such as extracting useful data from complex images.

The researchers believe CAMEO can be used for many other materials applications. The code for CAMEO is open source and will be freely available for use by scientists and researchers. And unlike similar machine-learning approaches, CAMEO discovered a useful new compound by focusing on the composition-structure-property relationship of crystalline materials. In this way, the algorithm navigated the course of discovery by tracking the structural origins of a material’s functions.

One benefit of CAMEO is minimizing costs, since proposing, planning and running experiments at synchrotron facilities requires time and money. Researchers estimate a tenfold reduction in time for experiments using CAMEO, since the number of experiments performed can be cut by one tenth. Because the AI is running the measurements, collecting data and performing the analysis, this also reduces the amount of knowledge a researcher needs to run the experiment. All the researcher must focus on is running the AI.

Another benefit is providing the ability for scientists to work remotely. “This opens up a wave of scientists to still work and be productive without actually being in the lab,” said Apurva Mehta, a researcher at the SLAC National Accelerator Laboratory. This could mean that if scientists wanted to work on research involving contagious diseases or viruses, such as COVID-19, they could do so safely and remotely while relying on the AI to conduct the experiments in the lab.

For now, researchers will continue to improve the AI and try to make the algorithms capable of solving ever more complex problems. “CAMEO has the intelligence of a robot scientist, and it’s built to design, run and learn from experiments in a very efficient way,” said Kusne.

The SSRL where the experiments took place is part of the SLAC National Accelerator Laboratory, operated by Stanford University for the U.S. Department of Energy Office of Science. SLAC researchers helped oversee the experiments run by CAMEO.