SMU Office of Research & Tech Transfer – On a fateful April night ten years ago, the Deepwater Horizon oil rig exploded – taking the lives of 11 crew members and triggering the largest marine oil spill in history. Nearly five million barrels of oil spilled into the Gulf of Mexico, polluting around 2,100 kilometres of shoreline and killing thousands of marine mammals. 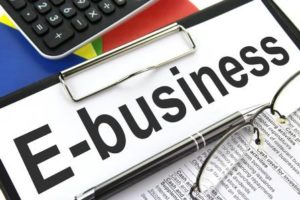 A federal probe later pinned the explosion on cost-cutting measures by British oil supermajor BP, owner of the doomed rig. Not only did BP pay US$20 billion in fines to resolve claims from the catastrophic spill, but the company was also blocked for two years from seeking new contracts with the US government owing to their perceived “lack of business integrity”.

However, BP is not the only corporation to have landed in hot water for its lapses in judgment. In 2018, US tech giant Google was hit with a US$1.7 billion fine for stifling competition in online advertising. Such negative incidents resulting from the unscrupulous behaviour of corporations can be considered as instances of corporate social irresponsibility (CSI).

Yet, little research has been done on the impacts of CSI on the corporations themselves. To address this gap in literature, Drs Chloe Ho, Thu Ha Nguyen and Van Vu examined how negative environmental and social-related (E&S) incidents affected corporate policies in a study published in SSRN.

As part of the Conference on Green and Ethical Finance held from 16 to 18 September 2020, their findings were tackled in the environmental, social and governance (ESG) session chaired by Professor Dave Fernandez, Director of Singapore Management University’s (SMU) Sim Kee Boon Institute for Financial Economics (SKBI). The virtual conference was jointly organised by SKBI, Asian Development Bank Institute and the Journal of Banking and Finance.

A financial trail of misbehaviour

According to Dr Vu, a Lecturer at La Trobe University who presented the paper on behalf of her co-authors, existing studies tend to focus on corporate social responsibility (CSR), but there is still no consensus on how such activities influence corporate policymaking. This is partly because CSR activities are typically disclosed by firms themselves, making their reports prone to greenwashing biases that distort the company’s true impact, said Dr Vu.

This limitation can be overcome by examining negative E&S incidents. As these incidents are ‘exogenous shocks’ – that is, they are covered by external news reports – focusing on them avoids the problem of firms self-reporting. “Instead of looking at CSR performance, we looked at negative events and asked: what would happen to the firm’s activities following these events?” explained Dr Vu.

To answer their primary research question, the authors collected data on E&S incidents dating from 2010 to 2018 and obtained the financial information of the firms involved. They found that following such incidents, the cash holdings, net equity issuances and capital expenditure of firms decrease, while their net debt issuances and leverage increase to buffer the negative shock of the incident.

According to Dr Vu, these findings suggest that firms tend to follow the pecking order theory. This means that after such incidents, firms first draw down on their internal funds to pay penalties and other reputational costs, after which they rely on debt financing rather than equity financing to manage the scandal. Further investigation by the authors also revealed that firms rely more heavily on long-term debt after E&S incidents, due to the liquidity risk posed by short-term debt.

However, companies appear to react differently to the incidents depending on their financial constraints. “Financially constrained firms are unable to raise additional equity in the equity market, which is why they have to cut back on their capital expenditure,” Dr Vu said. “This is in contrast to non-financially constrained firms, who tend to be able to rely on the debt market to raise additional funds. This could explain why they don’t have to cut back on their investment.”

Proving that a little goodwill goes a long way, the authors also observed that firms with a high CSR reputation were more capable of cushioning the impacts of E&S incidents. This was reflected in the fact that firms with high reputational capital do not change their investment and financing decisions compared to low-reputation firms. “CSR is important in a sense that when the firm experiences a negative incident, there are less adverse effects on their business,” Dr Vu said.

While the study of Dr Vu and her colleagues certainly addressed a gap in literature, SMU Associate Professor Liang Hao, who was the discussant of the Dr Vu’s paper, suggested that their arguments could have been strengthened by the presence of an overarching theory. “We know that CSR affects corporate policies. What’s the one story that can expand the results across five dimensions – cash holdings, net equity issuance, capital expenditure, net debt issuance and leverage?” asked Professor Liang.

For instance, CSR could be framed as a risk-management tool. “You do CSR in advance such that after negative shocks, firms and stakeholders will still view you positively and are less likely to punish you,” he explained. Alternatively, CSR could also be used as a strategic signalling tool. “Some firms use CSR as a public-relations strategy to signal that they are actually good firms, even though they experience negative shocks.” Regardless of which narrative the authors would have chosen, linking the findings to a particular mechanism would have benefitted the paper, Professor Liang said.

Though the authors report on exogenous shocks, Professor Liang argued that E&S incidents are a wider reflection of the firm’s corporate governance quality. “There’s a high correlation between E&S and governance. This means that well-governed firms have certain patterns of corporate policies,” he explained. “What you’re probably capturing is a governance effect rather than an E&S effect. Therefore, the results could be driven by poor governance.”

Some firm-level E&S incidents may also be emblematic of wider industry-level issues, Professor Liang suggested. Hence, future research could examine the policies of peer firms that did not experience negative shocks following the E&S incidents of other firms. Incidents at the firm level and at the industry level could also be separately analysed, as the latter are considered more exogenous compared to firm-level incidents, Professor Liang noted.