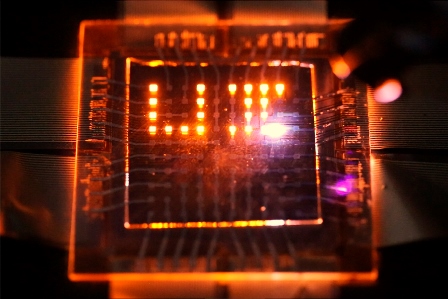 Cellphones and other devices could soon be controlled with touchless gestures and charge themselves using ambient light, thanks to new LED arrays that can both emit and detect light. Made of tiny nanorods arrayed in a thin film, the LEDs could enable new interactive functions and multitasking devices. Researchers at the University of Illinois at Read more about LEDs with new interactive functions and multitasking devices[…]