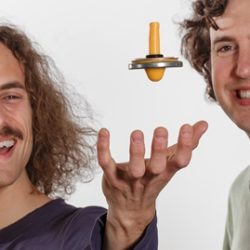 Quantum physicists in Oriol Romero-Isart’s research group in Innsbruck show in two current publications that, despite Earnshaw’s theorem, nanomagnets can be stably levitated in an external static magnetic field owing to quantum mechanical principles. The quantum angular momentum of electrons, which also causes magnetism, is accountable for this mechanism. Already in 1842, British mathematician Samuel Read more about Nanomagnets Levitate Thanks to Quantum Physics[…]