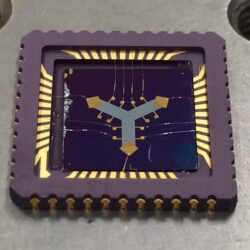 Scientists have pioneered a new technique to produce arrays of sound produced entirely by heat. The team of researchers from the Centre for Metamaterial Research and Innovation at the University of Exeter used devices, known as thermophones, to create a fully controlled array from just a thin metal film attached to some metal wires. The Read more about Thermophone technology as potential applications for haptic feedback systems[…]