For one low-income woman, not having a car meant long commutes on public transit with her children in tow, sometimes slogging through cold or inclement weather. But after buying a subsidized car through a Maryland-based nonprofit, she was able to move to a home located farther from bus stops, send her children to better schools and reach less expensive medical services. 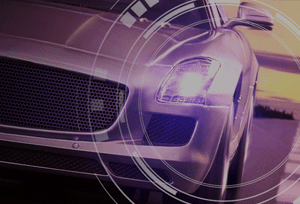 “So many different things open up to a person that is mobile,” the woman told Nicholas Klein, assistant professor of city and regional planning at Cornell University.

In “Subsidizing Car Ownership for Low-Income Individuals and Households,” published in the Journal of Planning Education and Research, Klein reports insights from interviews with 30 people who gained access to inexpensive, reliable cars through the nonprofit Vehicles for Change (VFC).

“For a lot of families, it’s a really transformative moment that allows them to move up the economic ladder, to access all sorts of sort of social benefits and to just make their lives easier,” Klein said of the access to subsidized cars. “It permeated everyone’s lives in all sorts of different ways.”

Transportation planners and scholars have debated subsidizing car ownership for decades, and VFC, which has provided more than 6,000 cars in Maryland and Virginia since 1999, is one of only a handful of such programs across the country. Critics say subsidizing cars on a large scale would exacerbate environmental pollution, traffic congestion and sprawl, and impose new cost burdens on car owners.

Klein said his research took a longer, more nuanced view that suggested such answers are “not so clear-cut.” Beyond interviewees’ experiences with a subsidized car, he also learned about their personal and car-ownership histories.

Most had owned cars before and planned to purchase cars again, typically through used car dealers that Klein called “pernicious.” The interviewees had typically paid significantly more for used cars that were less reliable than those provided by VFC, which cost less than $1,000 and passed thorough inspections (through a job training program for formerly incarcerated individuals).

Considering that context, Klein said, scholars and policymakers should be asking not only about the benefits and consequences of having a car, but about the consequences of not making subsidized car ownership available to low-income families.

“What I see is that a lot of low-income households are going out and spending quite a bit more on unreliable used cars, and those cars may be polluting much more,” he said.

Such programs shouldn’t come at the expense of longer-term investments in public transit and infrastructure expanding alternatives to cars, Klein said. But that infrastructure takes time to build and can’t support everyone living in suburban or rural areas.

“In the meantime, these families are struggling, and we can think about ways to help them while also investing in high-quality public transit, and biking and walking infrastructure,” Klein said.

Klein said his research relying on interviews proved valuable in a transportation field that emphasizes quantitative methods – for example, to measure economic outcomes such as how car ownership affects income or employment.

“When we only do that, we miss a lot of important nuance and details and we miss people’s voices and stories,” he said. “Qualitative research lets us understand the broader scope of effects that we might miss if we only rely on what’s in the data, allowing us to see a broader range of possibilities.”