Setting out to tackle real-world challenges in the fight against terrorism and crime, a team of researchers from the Fraunhofer Institute for Transportation and Infrastructure Systems IVI in Dresden and police officers have developed a new, future-ready technology for sharing information and coordinating in the field. The developers’ efforts have earned them the 2020 Joseph von Fraunhofer Prize. The solution has since been adopted throughout Germany on the merits of its great practical benefit and acceptance on the part of users. 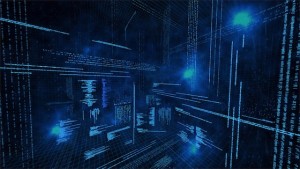 Task forces face extreme challenges when responding to assassination attempts, terrorist attacks and hostage situations. These operations pose grave dangers and demand consummate professionalism from security forces. They need excellent technical equipment to rise to the occasion. “Emergency responders are under tremendous strain in situations like this – after all, this is about protecting the public,” says Sven Mewes, Commissioner of the State Office of Criminal Investigation in Saxony. “That’s why it is so crucial to have secure technology that enables emergency services to share information with one another, yet is easy to operate even under great psychological pressure.”

Dr. Kamen Danowski from the Dresden Fraunhofer Institute for Transportation and Infrastructure Systems IVI and Frank-Michael Löst from the State Office of Criminal Investigation in Saxony jointly developed such technology. They have garnered the Joseph von Fraunhofer Prize for their achievement. The jury was particularly impressed by the societal relevance of the work.

The system grows with the flow

“Until this new technology was rolled out, we police task forces had to rely on communication by radio and phone. The Fraunhofer solution is future-oriented and presents unprecedented possibilities for sharing complex information during operations and for coordinating actions. What is more, it also supports fast and reliable communication among states and government agencies,” says Löst.

Asked about the recipe for success, all sides agree: Expertise is one key ingredient; the other is that the researchers and police have found the best way of working together. “We live by the code of partnership rather than mere cooperation. The technology side has to understand the tactical side and vice versa – and that works brilliantly in this case,” says Mewes. Kamen Danowski adds, “We are delighted with the high level of acceptance and positive feedback. Our very close collaboration has enabled task forces to have a hand in shaping our development work. This way, we can transfer research results into practical applications, on target and quickly.” This joint effort yields new ideas and concepts for the development team to implement step by step. New functions required by task forces are delivered in coordinated cycles.

Several German states have since adopted the technology launched in Saxony. It is on its way to becoming a nationwide standard. “From the very beginning, we have coordinated our development activities with allied agencies in several German states and won them over as cooperation partners and users,” says Löst.

Fraunhofer IVI has been developing solutions for internal security since 2003, mainly control and communication systems. Working closely with users, the focus is very much on translating these developments directly into real-world applications. Their partners and users are the decision-makers and personnel staffing police task forces, fire departments, and emergency and disaster relief services.