For decades scientists have wondered whether electromagnetic waves might play a role in intra- and inter-cell signaling. Researchers have suggested since the 1960s, for example, that terahertz frequencies emanate from cell membranes, but they’ve lacked the technology and tools to conduct reproducible experiments that could prove whether electromagnetic waves constitute purposeful signals for biological function—or if they’re merely background noise. With recent advances in technology and modeling, experiments may now be possible to test signaling hypotheses. 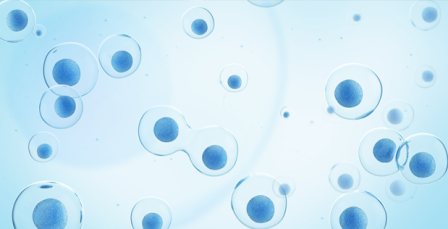 DARPA’s RadioBio program seeks definitively to establish if purposeful signaling via electromagnetic waves between cells in biological systems exists—and if it does, to determine what information is being transferred and how, which could inform strategies for developing future novel communications systems in cluttered electromagnetic environments.

DARPA’s RadioBio program, announced today, seeks to establish if purposeful electromagnetic wave signaling between biological cells exists—and if evidence supports that it does, to determine what information is being transferred. The validity of existing and new electromagnetic biosignaling claims requires an understanding of how the structure and function of microscopic, natural antennas are capable of generating and receiving information in a noisy spectral environment.

“There are many complex interactions within and between cells, so determining if electromagnetic waves, which could be low or high frequencies, somehow play a role in transmitting and receiving meaningful signals through what might be an ion-rich, aqueous solution is a significant challenge,” said Mike Fiddy, DARPA program manager. “If we can prove that purposeful signaling is happening, the next step would be to discover how the process works. This insight could eventually lead to a broad range of technologies important in biology as well as new small antenna designs, and other innovative concepts for communication systems in ever increasing cluttered electromagnetic environments.”

Fiddy is quick to note that RadioBio is a fundamental research effort. Even if the program proves that electromagnetic signaling occurs between cells, applications would likely be many years away.

The program envisions two, 24-month phases. During Phase 1, performers will be asked to theoretically model and simulate hypothesized electromagnetic signaling pathways and then experimentally test those theoretical predictions. In Phase 2, the goal would be to independently develop test beds to replicate, confirm and demonstrate the pathways modeled in Phase 1 and reveal design principles potentially relevant to biological or other applications.

“One of the greatest challenges of the program will be to develop theoretical and numerical models that can describe the properties of near-field, time-varying, sub-wavelength-size biological structures that function as antennas,” Fiddy said. “To overcome such difficulties, RadioBio seeks expertise in antenna design, theoretical and structural biology, biochemistry and other related disciplines.”

A webcast Proposers Day for the RadioBio program is scheduled for Feb. 21, 2017. A Special Notice with details is available here: http://go.usa.gov/x9Fm6.