Inspired by octopuses, researchers have developed a structure that senses, computes and responds without any centralized processing – creating a device that is not quite a robot and not quite a computer, but has characteristics of both. The new technology holds promise for use in a variety of applications, from soft robotics to prosthetic devices.

“We call this ‘soft tactile logic,’ and have developed a series of prototypes demonstrating its ability to make decisions at the material level – where the sensor is receiving input – rather than relying on a centralized, semiconductor-based logic system,” says Michael Dickey, co-corresponding author of a paper on the work and Alcoa Professor of Chemical and Biomolecular Engineering at North Carolina State University. 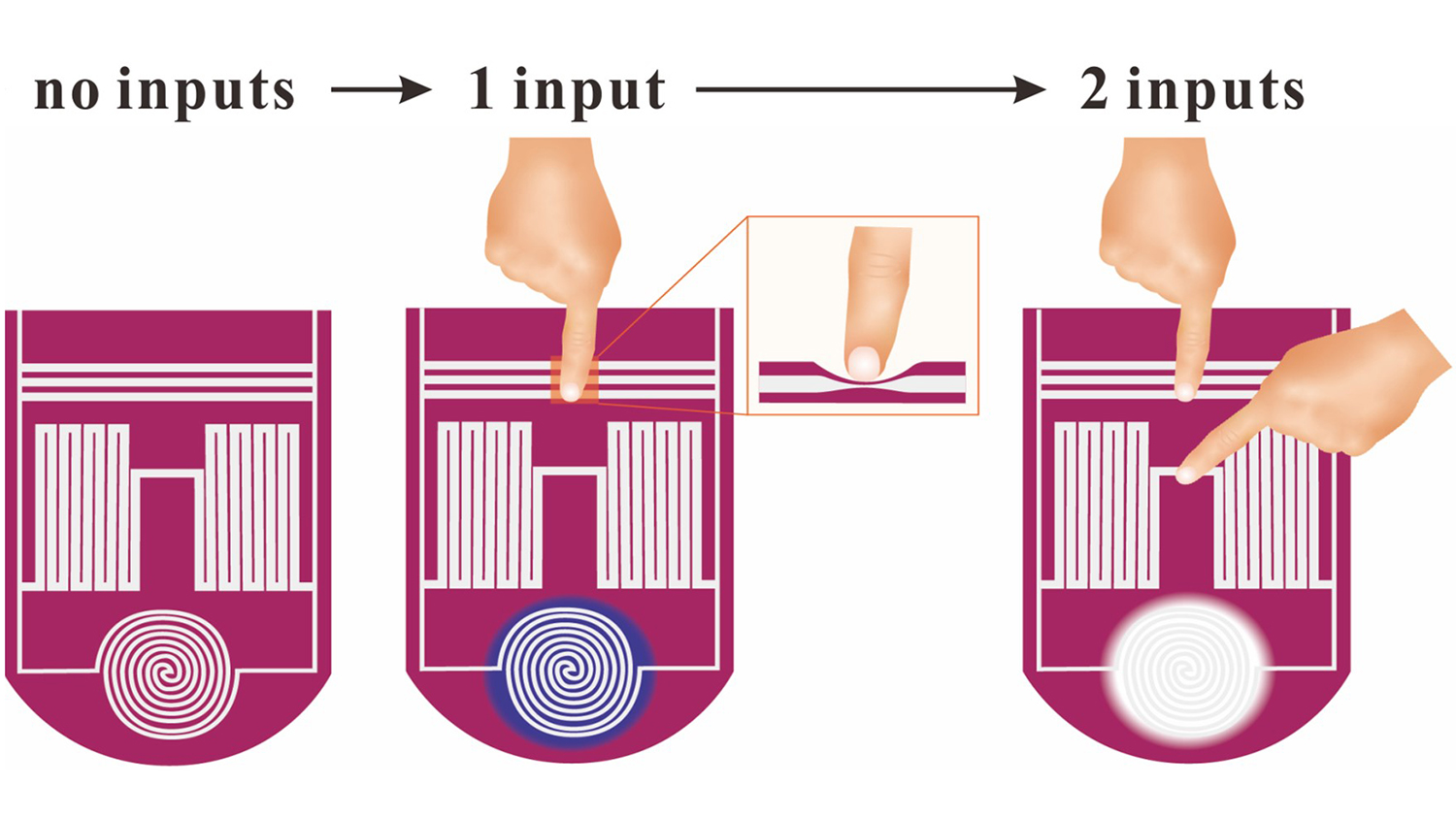 “Our approach was inspired by octopuses, which have a centralized brain, but also have significant neuronal structures throughout their arms. This raises the possibility that the arms can ‘make decisions’ based on sensory input, without direct instruction from the brain.”

At the core of the soft tactile logic prototypes is a common structure: pigments that change color at different temperatures, mixed into a soft, stretchable silicone form. That pigmented silicone contains channels that are filled with metal that is liquid at room temperature, effectively creating a squishy wire nervous system.

Pressing or stretching the silicone deforms the liquid metal, which increases its electrical resistance, raising its temperature as current passes through it. The higher temperature triggers color change in the surrounding temperature-sensitive dyes. In other words, the overall structure has a tunable means of sensing touch and strain.

The researchers also developed soft tactile logic prototypes in which this same action – deforming the liquid metal by touch – redistributes electrical energy to other parts of the network, causing material to change colors, activating motors or turning on lights. Touching the silicone in one spot creates a different response than touching in two spots; in this way, the system carries out simple logic in response to touch.

“This is a proof of concept that demonstrates a new way of thinking about how we can engineer decision-making into soft materials,” Dickey says.

The researchers are currently exploring ways to make more complex soft circuits, inspired by the sophisticated sensors and actuators found in biological systems.