Until now, creating software applications has been reserved for those with highly-specialized skills, requiring deep knowledge of programming languages that take years to master. On top of this, without extensive experience, “coders” often write slow and potentially buggy code. It’s quite common for people to have a visionary idea but not have the capabilities to implement it in the real world.

Another issue is even for the most expert of experts, they will still need to modify, recompile and recode applications for different platforms. Writing something on Windows won’t work on an IPhone. 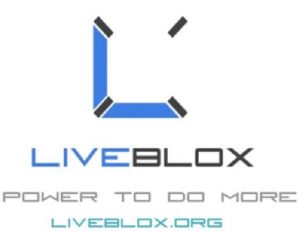 Apulus, a Hong Kong based company, led by Robert Ewbank (English) and Niklas Karlsborg (Norwegian), have developed a software platform, LiveBlox, which allows the creation of powerful applications without the need to write a single line of code; Instead almost completely using drag and drop to build the idea into an application. Its super easy interface makes it a powerful tool whether you’re a beginner or master of IT.

LiveBlox also adds a twist to previous fields such as video and audio editing especially in a live environment. Support for many interfaces, with existing software and plugins, allows users to expand their workflow using LiveBox capabilities.

After 4 years of development we’re proud to be releasing LiveBlox at the end of September 2016.

A crowdfunding Indiegogo campaign to help support LiveBlox development was

Launched 7th of June and is currently live.

LiveBlox has hundreds of blocks, each do a specific task. They can be connected up, forming the functionality of the app. This is done using drag and drop, making it simple to learn and use.

As an example, a camera block would capture video from a webcam and if this was connected to a face detect block, all faces on the video stream would be detected. This could then be attached to a section that plays out a message, such as “hello” whenever someone’s face is visible on the camera. This is a simple example, but should portray the concept. LiveBlox allows far more complicated scenarios and the application is really only limited to your imagination.

You can then build a GUI (graphical user interface), this is the part the end user of the app would see. It is done using the GUI Builder, selecting the items (widgets) from a list and arranging them into the layout.

Once finished, the app can be exported and ran on other platforms, we aim to support Windows, Linux, Mac Os X, IOS, Android.

LiveBlox was conceived by Robert Ewbank, a graduate in Electrical Engineering from the University of Southampton.

“I originally create LiveBlox (or FlexCV at the time) to help me whilst building software application for clients, especially those involving computer vision. I’ve spend tens of thousands of hours growing it from a from a small tool, to the expansive platform it is today.”

“A number of task in software need to be repeated over and over again, I felt there must be a way to build something where the parts can be reused and parameters can be visualized and changed at runtime.”

He met Nik in Siem Reap, Cambodia, an amazing country, they both love.

“First time Rob explained the software to me it sounded really complicated, coming from a non-tech background I thought it was something that I could not comprehend to use. Then I tried it and it was so easy to use, I felt empowered about the new world that was just opened to me. I knew then straight away that this was something that will empower people that before could not take advantages of this technology.”

During the development of LiveBlox, a main area of focus was that of computer vision; allowing the software to detect objects, colours, movement and other features in video, and act on those features. For example tracking cars, counting people or looking for a certain object in a video feed. Previously this capability was only available to professionals, whereas now, it’s possible to learn as you go, using the simple method of connecting the same coloured ports on the blocks.

Another area that LiveBlox has a large potential use is in video and audio processing. It’s possible to build pipelines that can do effects, filters and processing on audio and video streams in a very flexible way. It can run in real-time or offline using the timeline and loading from files, or a mixture of both.

For power users, LiveBlox also contains a python scripting interface allowing custom code to be written and run inside. Custom blocks can be created by the user at run time to give unlimited capabilities.

A timeline system allows sequential events to be programmed in the software, so something can occur after a certain time, for example, starting a video clip or changing a parameter value.

Many other features are will also available, such as:

LiveBlox, flexibility means it’s usage will span over a broad range of industries.

These include engineering and scientific, where LiveBlox can replace existing tools improving productivity and giving better understanding of data processing. For example, in robotics, it could be a powerful tool in understanding the outside world and controlling the robot.

People who use video in their daily lives can also benefit from LiveBlox, this includes Video Forensics, Visual Dj, Surveillance, Video Marketing, Live Streaming and broadcasting.

People developing interactive art and installations will love the new freedom LiveBlox provides for them.

Another important area for LiveBlox is education, both from a formal environment such as schools and universities and also from the more casual enthusiast who wishes to learn about programming concepts without having to go deep into code.

The area of computer vision is a broad field that is expecting a large amount of growth in the near future, LiveBlox is expected to be a part of this expansion.

LiveBlox amazed Amsterdam in a video promotional campaign for Magnum Ice cream, where it was used to generate visuals that were projected onto walls from a boat moving down a canal.

This involved a technique where infra-red cameras were used to capture the movement of the walls, LiveBlox then used this information to work out the transform required to project sprites (video clips) onto the wall that appeared to be static on the building even though the boat was moving. Imagine being on a boat with a projector watching a fireball stay on the same location, even though the boat was moving. The reaction from the crowd was spectacular!

Ultimately, LiveBlox is the next generation tool that will allow amateurs and professionals alike to create amazing new projects, in a fast, powerful and fun manner. It will open up the world of programming to those who haven’t studied

A computer science degree and enhance the workflow of people who are used to working with more conventional tools.