Rubber in the environment

The tread on the tyre is worn out, new tyres are needed. Everyday life for many drivers. But where do these lost centimetres of tyre tread “disappear” to? As micro-rubbers, they mainly end up in soil and water and, to a small extent, in the air. And the amount of these particles in our environment is anything but small, as Empa researchers have now calculated. 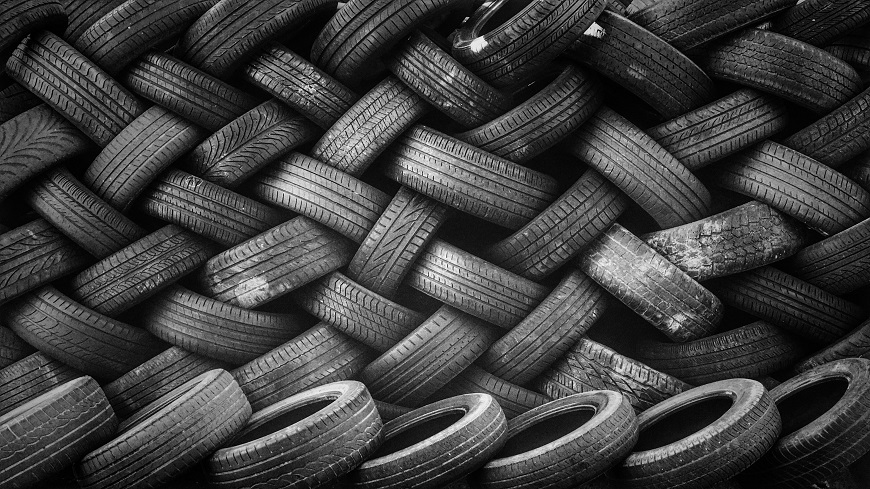 Around 97% of all micro-rubber particles in the environment originate from tyre abrasion. Picture: unsplash/Imthaz Ahamed

Everybody is talking about microplastics. But the amount of microplastics in air and water is small compared to another polymer that pollutes our air and water – and therefore our organism: Micro rubber. These are the finest particles from tyre abrasion, which enter our soil and air via the road surface or are removed by artificial turf. Empa researchers have now calculated that over the last 30 years, from 1988 to 2018, around 200,000 tonnes of micro rubber have accumulated in our environment in Switzerland. This is an impressive figure that has often been neglected in the discussions on microplastics.

The cause: squeaking tires

Researchers around Bernd Nowack from Empa’s “Technology and Society” lab identified car and truck tyres as the main source of micro-rubber. “We quantified the abrasion of tires, but also the removal of artificial green areas such as artificial turf,” says Nowack. However, this only plays a subordinate role, because only three percent of the rubber particles emitted come from rubber granulate from artificial green areas. Tire abrasion is responsible for the remaining 97 percent. Of the particles released into the environment, almost three-quarters remain on the left and right side of the road in the first five metres, 5% in the remaining soils and almost 20% in water bodies. The team based its calculations on data on the import and export of tyres and then modelled the behaviour of rubber on roads and in road waste water. Since the year 2000, the guidelines for the recycling of water and the prevention of soil pollution have been significantly tightened. Through measures such as the construction of road wastewater treatment plants (SABA), part of the microrubber can now be removed from the water.

A part of the micro rubber is first transported by air into the first five meters left and right of the road, deposited and partly whirled up again. However, Christoph Hüglin from Empa’s “Air Pollution / Environmental Technology” lab estimates the impact on humans to be low, as a study from 2009 shows. “The proportion of tyre abrasion in inhaled fine dust is also in the low single-digit percentage range at locations close to traffic,” says Hüglin.

Researchers emphasize, however, that microplastic and microrubber are not the same. “These are different particles that can hardly be compared with each other,” says Nowack. And there are also huge differences in quantity: According to Nowack’s calculations, only 7% of the polymer-based microparticles released into the environment are made of plastic, while 93% are made of tire abrasion. “The amount of microrubber in the environment is huge and therefore highly relevant,” says Nowack.