Light of a certain wavelength can be used to put so-called active materials into motion and control their movement. In the future, this discovery can become significant in widely different areas such as environmental protection, medicine and the development of new materials which can be programmed.

Joakim Stenhammar at Lund University in Sweden led the study where he, together with colleagues from universities in Düsseldorf, Edinburgh and Cambridge, developed a model in which patterns of light control the movement of active particles. The light makes synthetically produced particles as well as microorganisms, such as bacteria and algae, spontaneously form into something that can be compared to a pump. 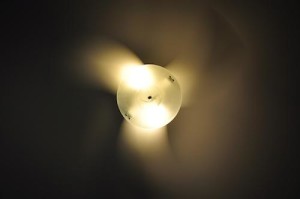 A proof-of-concept recently published in Science Advances shows how light of a certain wavelength can put be used to put so-called active materials into motion. Photo: A. R. Doreto Santos

In previous research, this type of “pump” has been produced artificially. What’s new about this study is that it uses light to make active particles construct their own pump to move themselves around. By adjusting the light, it is possible to steer the particles in a different direction.

This is a relatively new research field, but there are many ideas for its future areas of application. Active particles can move with the help of fuel, for example sugar. One possible application is to have active particles deliver pharmaceutical substances or nanosensors to specific parts of the body. Within environmental science, the active particles could be compared to targeted robots that can locate oil spills and then release chemicals to break down any contamination.

“Our strategy has the potential of developing into an inexpensive and simple way to pump and control bacteria and other active materials”, says Joakim Stenhammar.

He finds that its greatest potential is within materials science. Using active particles to construct programmable materials can become a reality. By changing the external conditions, it may be possible to change the structure, properties and function of a material.

“Our results show how the properties of active particles can be used to design new materials that we are unable to produce today”, says Joakim Stenhammar.