The EU must transition towards a climate-neutral economy without letting disparities between regions grow any further, say regional development MEPs.

On Monday 6 July, the Regional Development Committee approved the establishment of the Just Transition Fund (JTF) with 27 votes in favour, 7 against and 8 abstentions. 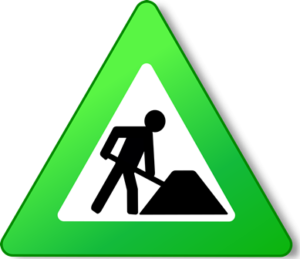 The agreed text includes the creation of a “Green Rewarding Mechanism”, allowing 18% of the total JTF resources to be allocated depending on the speed with which member states reduce their greenhouse gas emissions, divided by their latest average GNI. Additionally, 1% of the total amounts would be specifically allocated for islands, and 1% for the outermost regions.

With the JTF designed to support the most vulnerable communities in each region, MEPs call for a co-financing rate of up to 85% of costs for eligible projects.

The establishment of the JTF should not lead to cuts to, or compulsory transfers from, the other cohesion funds, underlines the agreed text. JTF resources may be complemented by resources transferred on a voluntary basis from the European Regional Development Fund (ERDF) and the European Social Fund (ESF+), while maintaining their original objectives.

Broadening the scope of support

MEPs agree that the scope of the JTF should be broader, focusing specifically on social cohesion and leading to job creation. The activities supported by the fund would also include: microenterprises, sustainable tourism, social infrastructure, universities and public research institutions, energy storage technologies, low-emission district heating, smart and sustainable mobility, digital innovation, including digital and precision farming, projects fighting energy poverty, as well as culture, education and community building.

For regions heavily reliant on the extraction and combustion of coal, lignite, oil shale or peat, MEPs propose a derogation for investments in activities related to natural gas. In this sense, the Commission may approve Territorial Just Transition Plans that include such activities, if they qualify as “environmentally sustainable” in accordance with the Taxonomy Regulation and comply with six additional cumulative conditions.

Rapporteur Manolis Kefalogiannis (EPP, GR) said: “The Just Transition Fund is the first important step in the European Commission’s emblematic initiative for a Green Europe. Today, the Regional Development Committee confirmed that the EP will continue to lead the way in the implementation of the Paris Agreement, pursuing a socially fair and green transition in our regions. With an increased budget, we will be able to effectively support the regions that need it the most, but, above all, strongly support our citizens. We are moving into a new green era without leaving anyone behind.”

The European Parliament plenary is expected to vote on the draft report and give the mandate for inter-institutional negotiations during its September sitting.

The Parliament had already called for a comprehensive fund to be established to support a just transition in the energy sector as early as March 2018, with the resolution setting out the Parliament’s position on the post-2020 MFF. On 14 January 2020, the Commission published a legislative proposal on the Just Transition Fund (JTF), aimed at helping the most affected regions alleviate the socio-economic impact of the transition, a first legislative proposal implementing the priorities set out in the European Green Deal. At the end of May 2020, the Commission proposed a substantial increase of the Fund’s resources in an amended proposal (a total of EUR 44 billion in current prices).