Working closely with its hardware and software partners, Dell is formalizing its commitment to the future of VR by delivering solutions that are optimized for VR consumption and creation alongside ISV applications for professional customers. 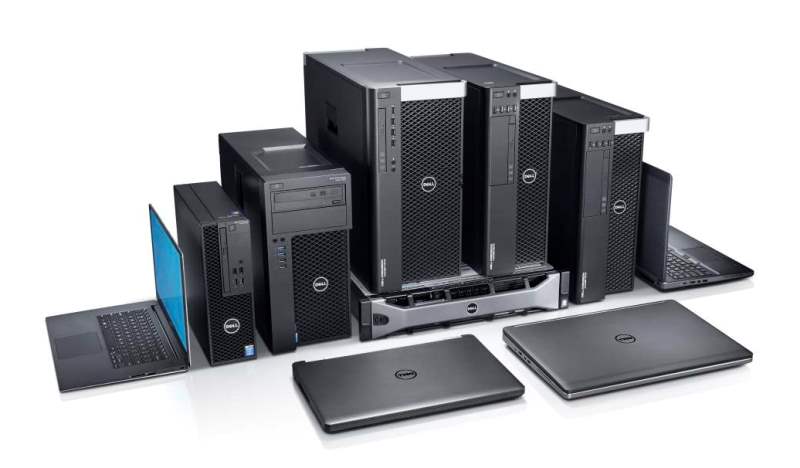 “Dell Precision has been delivering immersive computing experiences for many years including 3D immersive caves, simulation and military applications. This next generation of VR brings immersive visualization to the masses by democratizing the technology,” said Rahul Tikoo, executive director and general manager, Dell Precision workstations. “The implementations are endless, and Precision aims to address the need for more rigor when professional creators demand the utmost in performance and reliability while building incredible VR content.”

Dell also announced upgrades to its Dell Precision Tower Workstations to meet the needs of professional creators, with new increased performance, graphics, and memory for VR content creation. The newly refreshed Dell Precision Tower 5810, 7810, and 7910 Workstations and Rack 7910 have been upgraded with new Intel Broadwell EP Processors that have more cores and performance for multi-threaded applications that are ideal for professional modeling, analysis, and calculations.

Additional upgrades include the latest professional graphics technology from AMD and NVIDIA, Dell Precision Ultra-Speed PCle drives with up to 4xfaster performance than traditional SATA SSD storage and up to 1TB of DDR4 Memory running at 2400MHz speed. The enhancements also include Dell exclusive technologies, like Dell’s patented Reliable Memory Technology, Dell Intel CAS-W cache acceleration on software and an upgraded Dell Precision Optimizer, which automatically tunes your workstation for 22 professional application profiles elevating productivity and ensuring the best overall performance. In addition to these impressive performance improvements, Dell has also expanded its liquid cooling offerings which improve system acoustics by up to 38 %.

“There is incredible opportunity for content creators in the growing world of VR,” said Sue Skidmore, head of partner relations for pro video, Adobe. “We’re excited to see our hardware partners like Dell committed to delivering solutions that help drive the potential of VR in media creation.”

“VR has a growing role across the enterprise from conceptual design through marketing and customer engagement driving a continued need to help make virtual experiences accessible across all industries, from architecture to engineering,” said Steven Madge, vice president, Dassault Systemes. “We’ve introduced our 3D EXPERIENCE software to help power these experiences and look forward to continued support and innovation from our hardware partners like Dell in this area.”

“The HTC Vive was designed and built with a vision of users at the center of their virtual space, with content all around them and natural interaction with it,” said Dan O’Brien, vice president of virtual reality, HTC. “This solution applies to gaming and non-game verticals such as education, engineering, medical, design and commerce; we’re thrilled to have a partner like Dell that is committed to solutions and innovation that will help grow the many uses and applications in VR.”

“We are excited about the possibilities VR brings to the professional workstation user,” said Patrick Buddenbaum, general manager of Enterprise Solutions in Intel’s Data Center Group. “Dell’s new Precision Tower Workstations, with the power of our new Intel® Xeon® processor E5 v4 family, will help professionals realize the benefit of VR in how they create, model and analyze their work.”

“Dell Precision workstations with Quadro professional GPUs simplify VR for customers, so they can be sure they’re getting the speed and performance necessary for the best VR experience,” said Bob Pette, vice president, professional visualization, NVIDIA. “The Quadro platform with our VRWorks SDK gives headset and application developers the tools they need to create amazing VR experiences.”

The Dell Precision Tower 5810, 7810, and 7910 Workstations and Rack 7910 can be purchased directly on Dell.com with these new upgrades starting April 5, 2016. Learn more about our VR solutions at www.dell.com/VRready.

About Dell
Dell Inc. listens to customers and delivers innovative technology and services that give them the power to do more. For more information, visit www.dell.com.

Dell is a trademark of Dell Inc. Dell disclaims any proprietary interest in the marks and names of others.

1 Based on peak sequential read throughput in MB/s measured using the IOmeter benchmark test performed by Dell Performance Engineering Labs in November 2015, comparing a Dell Precision 7510 with m.2 NVMe SSD to a Dell Precision M4800 with SATA SSD. Actual performance will vary based on configuration, usage and manufacturing variability.

2 System memory may be used to support graphics, depending on system memory size and other factors.