Matrix, process, or something else? The structure of an organisation is of little significance for its success, as long as there is systems intelligence, according to a study conducted by doctoral student Juha Törmänen together with Professor Esa Saarinen, and Professor Emeritus Raimo P. Hämäläinen, based on a survey of 470 British and US citizens in 2018-2019. 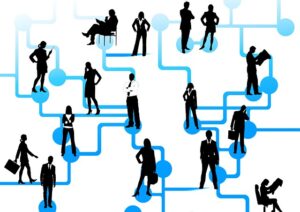 The researchers ascertained how well these different dimensions of Systems Intelligence explained an organisation’s success.

About 60 percent of the respondents were employees and about 40 percent were in a managerial or leadership position. The respondents evaluated issues pertaining to their organisations on if people there are warm and accepting of one another, and if they bring out the best in others. The metrics of Systems Intelligence were compared with the Dimensions of the Learning Organization Questionnaire (DLOQ), which is the most common scale used for evaluating learning organizations. Questions from both metrics were placed randomly in the questionnaire. In addition, respondents were asked to choose from among ten options on how successful the organisations that they represent are in their fields.

‘Systems Intelligence does not depict any structural features of the organisation – only human activity. People are the key to the success of an organisation”, Törmänen says.

Attunement is one dimension of Systems Intelligence, and it describes activities among people and the ability to form connections between them. Törmänen believes that attunement between people may have suffered in the coronavirus period when work was done primarily through meetings from a remote location without informal discussions. Meanwhile, systemic perception helps in examining the system in one’s own organisation.

‘With the help of different dimensions, it is possible to consider if something that was previously available has gone missing in the coronavirus period. In this way the core features of the organisation can be maintained despite the exceptional conditions.’

Initial observations in the study indicate that Systems Intelligence can explain the performance of an organisation better in certain fields, such as the finance and insurance sector. However, this requires further study. Systems intelligent operating models appear to be especially important in organisations involving mental work.

Research in Systems Intelligence has been taking place since 2004. In his doctoral dissertation, Törmänen has sought to measure Systems Intelligence and its factors. In a study published in 2016 a list of 32 statements was created with whose help attempts were made to describe systems intelligent activity by individuals. The same method was utilised in this new study, but with a focus on the organisation instead of the individual.

‘Our third study, which will soon be published, had only a handful of cases in which a successful leader would not have been described as having systems intelligence. Systems Intelligence appears to be a precondition for a leader’s success’, Törmänen says.