In recent years, EU auditors have repeatedly highlighted various weaknesses affecting the delivery of large transport projects in the EU. How does the EU’s performance compare, however, to other countries in the world, such as Australia, Canada and the US? To answer this question, the European Court of Auditors has carried out a review comparing how the EU and several countries deliver such projects. While this comparison provides reassurance in some respects, it raises concerns in others, such as project implementation. In particular, the auditors note that other countries in the world are doing much better with regard to project delays, 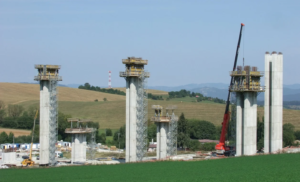 Like most countries, the EU has set out a transport infrastructure strategy. But the EU’s is unique: no other transport strategy reviewed sets a deadline for the completion of an entire cross-border network. Nevertheless, the auditors have found in the past that the EU’s strategic transport objectives, in particular the completion of the Trans-European Transport (TEN-T) core network by 2030, are overly ambitious and not always matched by real results. For example, it is unlikely that the objective of tripling the length of the EU’s high-speed rail network will be achieved by the deadline.

The auditors also point out that proper cost-benefit analyses are often lacking at the project selection phase. Consequently, EU co-funding can be awarded even if socio-economic costs are likely to exceed benefits, as was the case for a section of high-speed rail in France. In contrast, in all countries reviewed, sound and detailed cost-benefit analyses are systematically used to support and improve decision-making.

“The EU is trying to complete a comprehensive network of transport infrastructure across Europe”, said Annemie Turtelboom, the member of the European Court of Auditors responsible for the review. “While in the past we considered cost-overruns and delays to be equal obstacles to achieving this goal, our comparison reveals that the EU is in line with other countries when it comes to costs, but performing significantly worse when it comes to delivering large projects on time. To tackle this, we could take inspiration from practices we identified across the world.”

The auditors previously pointed out a disparity between the estimated and actual costs of large transport projects in the EU, resulting in an average budget overrun of more than €2 billion per project, or an increase of 47 % on initial forecasts. However, the review found that cost overruns are not unique to the EU: they affect transport infrastructure all over the world. And the cost overruns affecting the reviewed EU co-funded transport projects are no bigger than the global average – at least up to now, because the EU projects in question have not yet been completed.

In contrast, delays are a – or perhaps ‘the’ – distinctive feature of EU projects compared to other countries. Last year, the EU auditors found that large transport infrastructure projects were affected by an average delay of around 11 years. The review suggests that this is partly due to different – and sometimes conflicting – priorities between the EU and its Member States who tend to focus on their national interests. Therefore, Member States frequently neglect cross-border sections of projects where EU funds are focused. For example, Germany did not make a priority of constructing the cross-border northern access route to the Brenner Base Tunnel, even though the EU, together with Austria and Italy, had already been investing in the project since 1986. The EU could learn from the US, Switzerland and Australia in terms of project coordination.

In addition, projects in the EU, when selected, are still affected by many uncertainties, such as the need to obtain environmental permits and stakeholder acceptance, which also contribute to delays. These kinds of setbacks are more adequately prepared for in other parts of the world. For example, in Switzerland, stakeholder acceptance is more likely: consultative committees allow cantons and other stakeholders to discuss project-related issues. This makes it less likely that legal proceedings will cause delays to planning and construction.

The auditors highlight systematic risk-based monitoring as one possible solution that could help to reduce delays – and cost overruns – in EU transport infrastructure projects. Such a mechanism exists in the USA, where projects identified as high-risk are subject to enhanced monitoring. Projects whose cost increases by more than 2% in a year against their estimated budget, for example, require more reporting by the project promoters to the government and result in an increased supervision by federal managers.

Finally, the auditors note that there is no legal obligation in the EU to perform systematic ex post evaluations of large transport projects. Such an evaluation has only been carried out once (in 2007), and it was focused solely on financial indicators, such as the absorption of the available EU funding. In contrast, the US, France and Norway follow a different approach, systematically carrying out ex post evaluations of projects.

Background information
This is not an audit report, but a review based mainly on publicly available information and material specifically collected for this purpose. Its aim is to compare the EU’s framework for the delivery of large infrastructure projects with those of other countries (Australia, Canada, France, Norway, Switzerland and the United States), identifying practices that could be useful for the European Commission and policy-makers when providing future EU support. This review will also serve as a contribution to the ongoing review of the TEN-T Regulation.
The six EU transport projects analysed in this review, all co-funded by the Connecting Europe Facility, are: the Basque Y, the Brenner Base Tunnel, the Fehmarn Belt tunnel, the Lyon-Turin rail tunnel, Rail Baltica and Canal Seine-Nord Europe. From 2007 to 2020, the EU allocated over €109 bn to transport infrastructure projects on the TEN-T network.
The ECA’s review “The EU framework for large transport infrastructure projects: an international comparison” is available on the ECA website (eca.europa.eu)