New research from Harvard’s Growth Lab finds a direct link between a country’s incoming business travel and the growth of new and existing industries. The findings, published in the journal Nature Human Behaviour, support a Growth Lab hypothesis that moving knowhow, the tacit knowledge accumulated and transferred from brain to brain through a long process of imitation, repetition, and feedback, is critical to economic growth, and business travel plays a key part in that process. The research also raises new concerns about the economic implications of the international travel restrictions imposed to combat COVID-19. 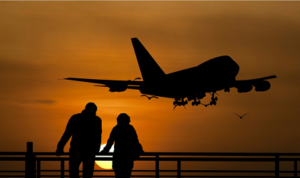 Researchers Michele Coscia and Frank Neffke, working with Growth Lab Director Ricardo Hausmann, used anonymous transaction insights provided by Mastercard to map the flow of global business travel. This research is part of a collaboration between the Mastercard Center for Inclusive Growth and the Growth Lab at the Center for International Development at Harvard Kennedy School to understand the flow and accumulation of business ‘knowhow,’ a key driver for inclusive economic growth. Through this network, they created a Knowhow Index which ranks countries on incoming and outgoing knowhow. Germany, Canada, the US, UK, and Korea are the top sources of knowhow flows, while Austria, Ireland, Switzerland, Denmark, and Belgium received the most knowhow.

“We’ve been puzzled by the fact that business travel has been growing faster than world GDP, despite the widespread adoption of alternatives like Skype, FaceTime, email, etc.,” said Hausmann, Rafik Hariri Professor of the Practice of International Political Economy at Harvard Kennedy School. “We posited that maybe there is a difference between moving information and moving brains. We obviously never imagined a complete shutdown of business travel, but the paper allows us to delve into the consequences.”

The team created an interactive visualization that shows the effects of the disappearance of business travelers originating from a specific country. For example, if German businesspeople stopped traveling, the research estimates that Austria, South Africa, Switzerland, Nigeria, Czechia, and Turkey would be most affected, and global GDP would decrease by 4.8%.

“According to our study, the world is benefiting enormously by mobilizing the knowhow in brains through business travel. A permanent shutdown of this channel would probably imply a double-digit loss in global GDP,” said Hausmann.

About the Growth Lab: The Growth Lab works to understand the dynamics of growth and to translate those insights into more effective policymaking in developing countries. The Growth Lab places increased economic diversity and complexity at the center of the development story. https://growthlab.cid.harvard.edu/