Researchers at St. Edward’s University have found that frugal individuals are more likely than their spendthrift counterparts to give in to the allure of deep discounts, whether it is Tax-free weekend, Amazon Prime Day, a Groupon Deal or some other offer. 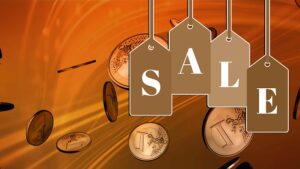 In order to reconcile making unplanned purchases that may be at odds with their highly disciplined approach to spending, frugal shoppers will categorize the purchase as a necessity versus a luxury, according to the research published recently in the Journal of Business Research.

“Essentially, frugal consumers convince themselves they “really” need the product to justify getting the deep discount and call it a “win” in the smart shopper category. It seems that deep discounts truly are the folly of frugal shoppers,” said Sarah Mittal, an assistant professor of Marketing at St. Edward’s University.

Mittal and her co-authors Sommer Kapitan, Jill M. Sundie and Daniel J. Beal (of the Auckland University of Technology, Washington and Lee University and Virginia Tech, respectively) conducted a set of three studies to better understand the process by which frugal consumers justify these impulsive responses to deep discounts.

“Frugality is a trait that balances spending restraint and exuberant exploitation of bargain opportunities,” Mittal said. “With our studies, we set out to offer insight into the manner in which this balance is kept and the conditions under which it can be tilted toward increased expenditures.”

According to the researchers, the buying tendencies of frugal shoppers is one of the less studied aspects of consumer behavior. And yet in times of recession or economic downturns, such as the downturn brought on by the ongoing pandemic, consumers tend to turn into more price-conscious and conservation minded consumers.

In the first qualitative study, focused on interviews with self-identified frugal consumers, the researchers found that these shoppers make a “clear distinction between necessities and luxuries” and that it is a guiding principle that helps frugal consumers determine when to spend money.

Lastly, in a third longitudinal study designed to look more closely at the process of updating a perceived need, the researchers looked at how shoppers viewed their need for a more practical service a car wash and a less practical good a selfie stick before and after a discount offer.

“If a moderate need for a good/service already exists, deep discounts and good deals, then, tend to push product need from a “maybe I need that” to an “I really need that” perception for frugal consumers. This positive change in need then enhances purchase intentions,” Mittal said.

What could these insights mean for marketers?

“Marketers who partake in deep discounting should stick to moderate- to high-need items,” Mittal said. “What we found is that frugal individuals justify the splurge by adjusting up their perceived “need” for a product. The effect did not hold for low need items (e.g. a selfie stick or a banana holder — too frivolous to justify even for the frugal). Marketers can also emphasize the practical utility of a product to help nudge frugals to buy the deal.”

In the future, research could delve further into the consequences for frugal consumers of making such impulse purchases, such as having feelings of guilt, shame or pride after getting the “good deal,” which could provide additional insights into psychological mechanisms that may help facilitate their overall spending restraint.

When confronted with an unexpected deep discount on an (at least moderately needed) offering, the necessity vs. luxury distinction that keeps frugal people in check is flexibly adjusted to justify a purchase.

Frugal individuals — like their less frugal counterparts — can be triggered to make unplanned or impulse purchases.

Spendthrifts are not motivated by deals in the same way. It’s like a switch that goes off in frugal individuals —it allows them to let go of restraint and convince themselves they are meeting frugal goals by getting a “good” deal for an item they would have “needed” anyway.