Skoltech researchers have developed a prototype of a fluorescence-based sensor for continuous detection of cortisol concentrations in real time, which can help monitor various health conditions. The paper was published in the journal Talanta. 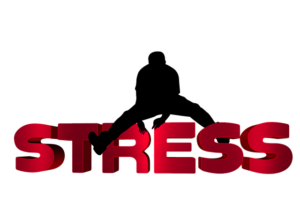 Cortisol, a steroid hormone commonly known as the “stress hormone,” plays a significant role in the regulation of a range of physiological processes from glucose levels to blood pressure and inflammation. Reduced or elevated cortisol levels are linked to various diseases and symptoms, but accurate and reliable continuous cortisol monitoring in vivo is yet out of reach. Existing laboratory-based methods such as enzyme-linked immunosorbent assay (ELISA), reliable as they are, cannot be adapted to real-time monitoring due to sample preparation requirements.

“First of all, any analyte monitoring in vivo is a challenge. Secondly, cortisol is a relatively small molecule. Finally, it is always destructive to take a blood test from mouse/rats or human patients. The reason is simple, as any such kind of tests initiate stress and elevate the cortisol concentration, making the test inconclusive. The goal is to develop an implantable cortisol sensor, which would work in real-time placed in blood flow,” Vladimir Drachev of Skoltech and the University of North Texas, a coauthor of the paper, explains.

Drachev and his Skoltech colleagues from CDMM created a prototype immunosensor for cortisol monitoring using gold nanoparticles. The free cortisol in the sample displaces fluorescently marked complexes of cortisol and bovine serum albumin (BSA), which are attached to monoclonal antibodies to cortisol and put onto nanoscale gold “islands” on the sensor. The fluorescence can be measured as a signal of cortisol concentration in the sample. This work is performed in collaboration with a Skoltech group of biologists led by Yuri Kotelevtsev.

In in vitro tests, the new sensor showed the lowest levels of detection for cortisol of 0.02 microgram per milliliter, comparable to normal levels in the human plasma. The reversible response was also demonstrated in vitro. The team hopes their approach can lead to the development of an implantable sensor for continuous monitoring of cortisol concentration in real-time. Such an implantable sensor will look like an optical fiber with a capillary cell at the end covered by the semipermeable membrane placed in a thin needle. This needle will have several inside layers and will be connected to a portable spectrometer via fiber optics.

“We need to develop an implantable sensor separated from the biological fluid (blood, saliva, interstitial fluid) with a semi-permeable membrane. Such devices for measuring glucose, for instance, already exist. However, there are still big challenges,” Drachev says.

Skoltech is a private international university located in Russia. Established in 2011 in collaboration with the Massachusetts Institute of Technology (MIT), Skoltech is cultivating a new generation of leaders in the fields of science, technology and business, is conducting research in breakthrough fields, and is promoting technological innovation with the goal of solving critical problems that face Russia and the world. Skoltech is focusing on six priority areas: data science and artificial intelligence, life sciences, advanced materials and modern design methods, energy efficiency, photonics and quantum technologies, and advanced research. Web: https://www.skoltech.ru/.