The demand for cash increases in times of crisis since many people consider banknotes and coins to be a particularly safe way to keep money. Moreover, cash is the only instrument of payment that is largely independent of a technical infrastructure. It is therefore essential that, during a crisis, people can access cash, particularly when other – electronic – means of payment might not be available or only to a limited extent. This is why researchers at the Fraunhofer Institute for Integrated Circuits IIS are working closely with partners to develop a security framework that can be implemented during emergencies and crises. It specifically aims to further secure the work processes of cash management companies. 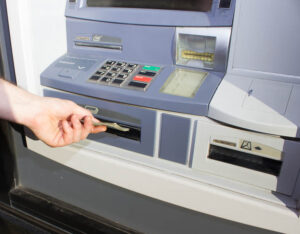 Despite a growing trend for cashless payments, demand for cash remains high throughout Europe – and even the coronavirus crisis had little effect on this. Although the pandemic prompted a decline in cash payments in the euro area, the European Central Bank (ECB) confirmed a rise in the demand for banknotes, recording an increase of 190 billion euros, or 550 euros per capita per citizen of the euro area, between March 2020 and May 2021. This apparent paradox can be explained by the fact that people tend to hoard cash to cope with uncertainty. Research shows that, at the beginning of the pandemic, consumers cut back their spending but increased their liquid asset portfolios.

The partners behind the BASIC project (see box) also agree that maintaining the cash cycle and ensuring that people can access supplies is imperative, particularly in times of crises and emergencies or when other, electronic payment means are not readily available. Emergencies can range from situations where a failing IT system causes the closure of just one service provider branch to sudden staff shortages in large numbers, a prolonged blackout or even a pandemic which affects all players such as the Deutsche Bundesbank (central bank of Germany), commercial banks and cash management companies. Such cases call for a resilient and functioning cash infrastructure to provide emergency funds to people and to maintain the economic cycle.

The BASIC project partners – including credit institutions, trading companies, cash management companies and research units – are therefore developing a new security framework that aims primarily to safeguard the work processes of cash management companies in the event of an emergency or crisis. The first step involves describing possible crisis scenarios and examining the corresponding pre-existing emergency plans of individual trading groups, financial institutions and cash management companies. However, such plans often only cover the individual players behind the plan in question. The project partners therefore need to validate these plans with regard to successful conditions and a need for action, to then establish a uniform framework which enables cash handlers to optimize and dovetail their emergency and crisis plans.

“Cash distribution forms part of the critical infrastructure which has to function even in times of crisis. People view cash as an important anchor of confidence,” says Laura Brouer, a researcher at the Center for Applied Research on Supply Chain Services at the Fraunhofer Institute for Integrated Circuits IIS. Together with her colleagues, she is developing a mathematical optimization algorithm to ensure unrestricted access to cash in the event of a crisis.

The flexible algorithm can be customized and incorporates many different questions: Where can people continue to withdraw cash? How can we guarantee the availability of cash resources at a national level? In the event of a crisis, what are the ideal places to withdraw cash from (ATMs, banks) in Germany? How do we ensure that there is a fair distribution in both rural and urban areas if there are fewer places available? What kind of substitute places must be defined for each cash withdrawal point in the event of a crisis? What criteria do these substitute places need to fulfill? The algorithm includes parameters such as coverage, density, distance or affiliation to a certain bank.

The algorithm is currently undergoing test runs using geodata from OpenStreetMap, a data source that is publicly accessible. In the future, the Bundesbank will establish an inventory to provide the necessary database.

The mathematical model results in recommended actions. “The BASIC algorithm indicates which of the available ATMs and banks in Germany are the best withdrawal points for cash distribution. In the process, we select a percentage of the existing cash withdrawal points. This means that if only 30 percent of these withdrawal points can be supplied with cash, for example, we determine which 30 percent would be the most relevant,” explains the mathematician.

When applied within the security framework, the algorithm can be utilized both in terms of operational crisis support (which ATMs should be supplied if only 30 percent are available or if only 30 percent are accessible due to staff shortages) and in crisis preparation (which are the central cash withdrawal points that should be covered by emergency power generators). “We want to produce a target strategy that informs how the algorithm can be used,” says Brouer. The mathematical model created will be used to model people’s cash withdrawal behavior in the event of a crisis and then to control cash distribution. “We are creating a database which indicates the best central cash withdrawal points throughout Germany that can be flexibly adapted to different crisis scenarios.”