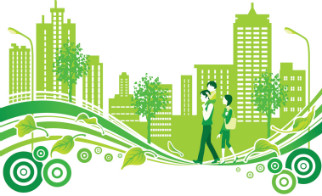 The Modernisation Fund made available €2.4 billion to seven beneficiary countries to help modernise their energy systems, reduce greenhouse gas emissions in energy, industry and transport, and support them in meeting their 2030 climate and energy targets. Investments were confirmed in Romania (€1391.6 million), Czechia (€520 million), Poland (€244.2 million), Lithuania (€85 million), Hungary (€74.3 million), Slovakia (€49.5 million), and Croatia (€40 million). This concludes the third investment cycle of the Modernisation Fund and represents a sharp increase in spending compared to previous investment cycles.

European Commission Executive Vice-President Frans Timmermans said: “The Modernisation Fund is European solidarity in action. With revenues from the emissions trading system it delivers concrete results on the ground, helping beneficiary countries reduce greenhouse gas emissions in key sectors and become climate neutral. Moreover, this major financial injection is available to launch projects that will help speed up our energy transition in response to Russia’s invasion of Ukraine.”

European Investment Bank Vice-President Ambroise Fayolle said: “By supporting EU countries mostly affected by the energy transition, the Modernisation Fund helps to deliver climate finance where it’s most needed. In this latest disbursement cycle, the Fund made available €2.4 billion to support 45 investment proposals helping beneficiary Member States countries to modernise their energy systems and improve energy efficiency. The EIB, as the EU’s climate bank, is delighted to work in partnership with the European Commission and Member States to implement the Modernisation Fund, a key tool to accelerate the EU’s clean energy transition and to support the implementation of the recently released RePowerEU strategy.”

The Modernisation Fund is supporting 45 investment proposals in the areas of electricity generation from renewable sources, modernisation of energy networks and energy efficiency in the energy sector, in industry, in buildings, as well as in transport, and the replacement of coal generation with lower carbon intensity fuel. Examples of the investments the Fund is supporting are:

Funded by revenues from the auction of emission allowances from the EU’s Emissions Trading System, the Modernisation Fund aims to support ten EU countries with lower-income in their transition to climate neutrality by modernising their power sector and wider energy systems, boosting energy efficiency, and facilitating a just transition. The beneficiary countries are Bulgaria, Croatia, Czechia, Estonia, Hungary, Latvia, Lithuania, Poland, Romania, and Slovakia.

The Modernisation Fund supports investments in generation and use of electricity from renewable sources, energy efficiency, energy storage, modernisation of energy networks, including district heating, pipelines and grids, and just transition in carbon-dependent regions.

In its first year of operation, the Fund made available €898.43 million to eight beneficiary countries to help modernise their energy systems, reduce greenhouse gas emissions in energy, industry, transport and agriculture and support them in meeting their 2030 climate and energy targets.

The Modernisation Fund complements other European funding instruments such as the cohesion policy and the Just Transition Fund. The Fund mobilises significant resources, which can help  beneficiary Member States support investments in line with the REPowerEU Plan and Fit For 55 package.

The Fund operates under the responsibility of its beneficiary Member States in close cooperation with the European Commission and the European Investment Bank (EIB).