Astaldi Group has been awarded, in a joint venture, a contract to upgrade a section of the N-7 Warsaw Wschodnia Osobowa-Dorohusk railway line. The value of the contract is EUR 171 million, of which 65% pertaining to Astaldi.

The contract involves demolition, reconstruction and extension of the N-7 railway line for a section which is approximately 68 kilometres long (Lot C, from 107.283 Km to 175.850 Km) and includes Lublin station. The project also envisages the construction of level crossings, new service and access roads, and some minor related works. The planned duration of the works is approximately two years. 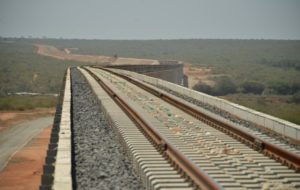 The works have been commissioned by PKP (Polskie Linie Kolejowe S.A.), the state-owned company responsible for managing Poland’s railway infrastructures. Astaldi will undertake the works in joint venture with the companies Zhol Zhondeushi (25%, Kazakhstan), PBDiM (5%, Poland) and C.L.F. (5%, Italy). The project will be financed using European funding and State budget.

This contract is in line with the Group’s commercial strategy, which, as outlined in the 2017-2021 Strategy Plan, aims to consolidate Astaldi’s footprint in Central Europe, where Astaldi is a well-established player in transport infrastructure. The Group has a longstanding experience in the transport infrastructure sector and is currently among the top 14 contractors worldwide in mass transit and rail.

The contract also strengthens the Group’s presence in Poland, where Astaldi currently manages an order  backlog of approximately EUR 1 billion for: the extension of Line 2 of the Warsaw underground (the central section between Rondo Daszynskiego and Dworzec Wilenski was completed by Astaldi in 2015); the construction of the Warsaw South bypass road (with an artificial tunnel approximately 2.3 km long); a S-7 expressway lot near Krakow (with a natural tunnel approximately 2 km long); three additional road sections (two sections of the S-8 road and one of the S-5 road) for a total length of approximately 50 km of motorways; and the Waste-to-Energy plant in Rzeszow (which follows the Bydgoszcz-Torun plant completed at the end of 2015).