New research from Simon Fraser University shows that women’s voices continue to be underrepresented in the media, despite having prominent female leaders across Canada and internationally. Researchers in SFU’s Discourse Processing Lab found that men outnumber women quoted in Canadian news media about three to one. The findings from the team’s Gender Gap Tracker study were published this week in the journal PLOS ONE. 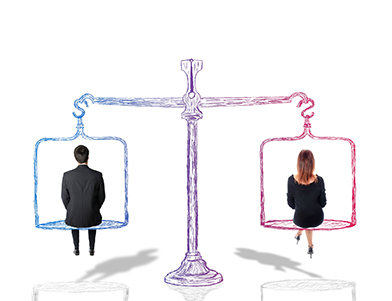 The research team collected data from seven major Canadian media outlets from October 2018 to September 2020. Over the two-year period, 29 per cent of people quoted in media stories were women versus 71 per cent men. B.C. Provincial Health Officer Dr. Bonnie Henry, quoted more than 2,200 times, notably topped the list for women most quoted in the news–many others were also public health officials during the COVID-19 pandemic–but still had fewer quotes than the top three male voices, all politicians.

“What this study shows is that we are very far from parity in mainstream news,” says SFU linguistics professor and lab director Maite Taboada. “This has profound implications, as we tend to look for role models in the media.”

Politicians, both male and female, were most often quoted in the media, followed by sports figures for men, and healthcare professionals for women.

“We found that, although men and women politicians appear regularly, men are quoted far more often. This is the case even despite Canada’s gender-balanced cabinet,” says Taboada.

The team used its Gender Gap Tracker software to analyze daily coverage from CBC, CTV, Global, HuffPost Canada, National Post, The Star and the Globe and Mail. Researchers used the power of large-scale text processing and big data storage to collect news stories daily and perform Natural Language Processing (NLP) to identify who is mentioned and who is quoted by gender.

“We are very proud of this team effort, as it highlights the potential of Natural Language Processing to contribute positively to society, in this case to show the gender gap in media,” Taboada adds. “Natural Language Processing is a field at the intersection of computer science and linguistics that aims to analyze and extract information from large amounts of language data.”

The study was conducted in partnership with Informed Opinions, which encourages media to diversify their sources and better reflect both genders. While the Gender Gap Tracker can only capture one kind of diversity, since it relies on names to assign gender to sources, the authors suggest considering other forms of diversity, given many other groups are underrepresented in the news.

The Gender Gap Tracker is available online (gendergaptracker.informedopinions.org) and updates every 24 hours.