Less than three months after the President of the European Commission, Jean-Claude Juncker, unveiled a scheme to help local authorities offer free Wi-Fi connections to people living in or visiting towns and villages across the EU, Member States have already given their backing for the WiFi4EU initiative. Last Friday, during the Telecoms Council, EU Ministers approved a partial general approach on the Commission’s proposal to bring free Wi-Fi to the main centres of community life. With the first call for projects expected to be launched before summer 2017, any local authority in the EU will be able to apply for a voucher and provide high-quality internet access in their parks, squares, public buildings, or libraries. 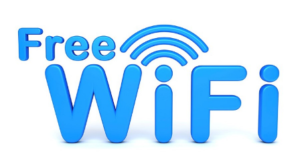 On 14 September, President Juncker said in his State of the Union Address: “Everyone benefiting from connectivity means that it should not matter where you live or how much you earn. So we propose today to equip every European village and every city with free wireless internet ac­cessaround the main centres of public life by 2020.”

Vice-President Ansip in charge of the Digital Single Market said: “We are getting towards better internet connectivity in Europe. We also need to make frequencies available to deploy 5G, the next generation of communication networks on our continent as from 2018. Negotiations on spectrum coordination will start soon.” See statement, blog post by Vice-President Ansip published on Friday as well as press conference at the EU Council.

Commissioner Günther H. Oettinger, in charge of the Digital Economy and Society, added: “Connectivity is a key prerequisite for Europe’s digital future. It is time to make sure all Europeans, whether in the countryside or in cities, can get access to a quality internet connection. We are happy that the Member States have backed WiFi4EU so swiftly – it also shows the importance and real value of the initiative.”

In September, the Commission proposed to equip interested European municipalities with free wireless internet access in the main centres of public life by 2020. The objective is to encourage each community – from villages to cities – to provide at least one public and free Wi-Fi access points for its citizens and visitors.

Thanks to the efforts of the Slovak Presidency of the Council of the EU, Ministers in charge of Telecoms have agreed with the Commission’s proposed funding scheme: WiFi4EU will be funded by the Connecting Europe Facility instrument. While keeping geographically balanced distribution between Member States, vouchers will be allocated on a “first-come, first-served” basis.

Local public authorities (municipalities or group of municipalities) wishing to offer Wi-Fi in areas where a similar public or private offer does not yet exist will be able to apply for funding via a simple and non-bureaucratic process. A grant allocated in the form of vouchers will be used to purchase and install state-of-the art equipment, i.e. local wireless access points, while the public authority will cover the running costs of the connection itself.

Total funding of €120 million has been earmarked for the 2017-2019 period. First call for projects will be launched quickly after the underpinning legislation is formally approved by the European Parliament and Member States, which could happen before next summer. The Commission estimates that at least 6000 to 8000 local communities will be able to benefit from the scheme.

Announced by President Juncker in his 2016 State of the Union Address, the WiFi4EU initiative is part of the ambitious overhaul of EU telecoms rules including new measures to meet Europeans’ growing connectivity needs and boost Europe’s competitiveness.

With these proposals, the Commission delivered on its Digital Single Market Strategy commitments to accelerate investment in very high-capacity networks and encourage public access to Wi-Fi for Europeans.

State of the Union’s page