In addition, women account for a little over one quarter of board members of publicly listed companies in the EU (28%), and for less than one fifth of senior executives (18%) in 2019. In other words, although representing approximately half of all employed persons in the EU, women continue to be under-represented amongst managers. 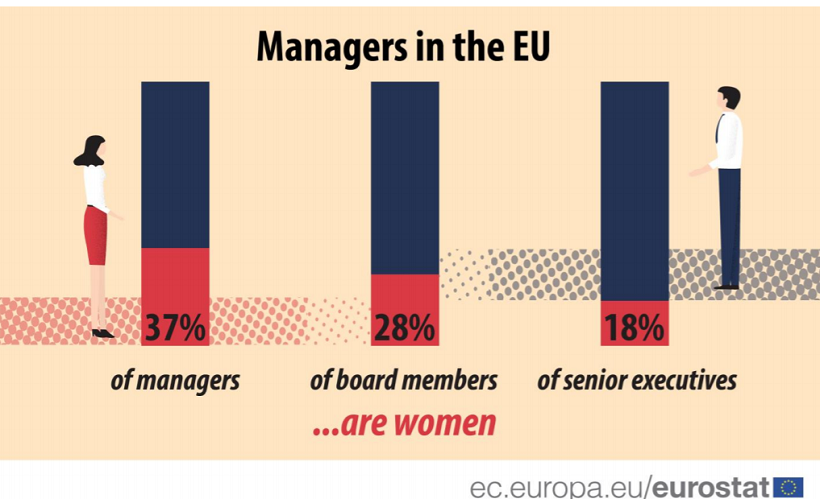 Managers are mostly women only in Latvia
The largest share of women among managerial positions is recorded in Latvia, the only Member State where women are a majority (53%) in this occupation. It is followed by Bulgaria (49%), Poland (48%), Estonia (46%), Slovenia (44%), Lithuania, Hungary and Sweden (all 42%), Ireland (41%) and Portugal (40%). 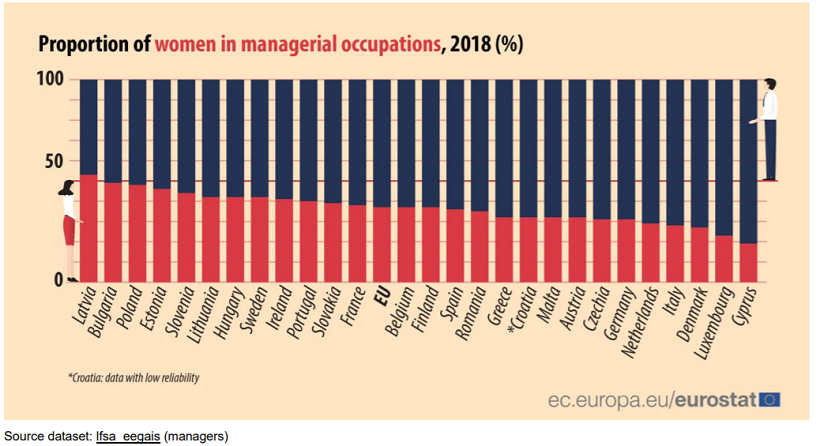 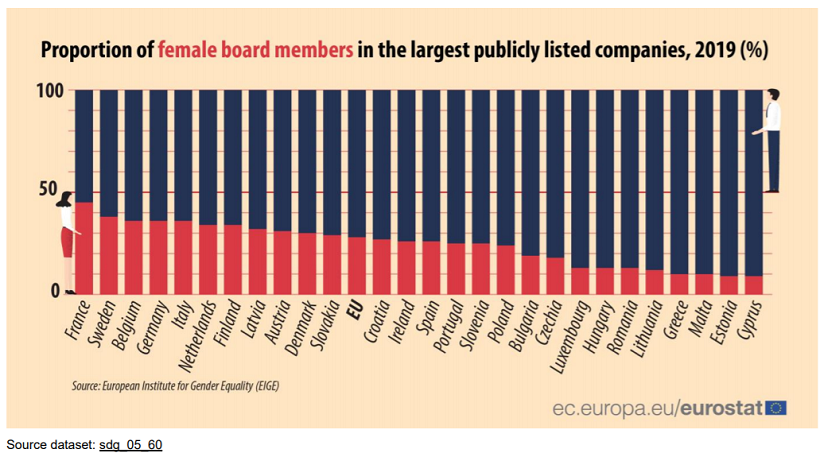 At the opposite end of the scale, the lowest share of female senior executives is recorded in Luxembourg (6%) and Austria (8%), followed by Czechia (11%), Croatia and Italy (both 12%), Belgium and Slovakia (both 13%), Germany and Poland (both 14%) as well as in the Netherlands and Portugal (both 15%). 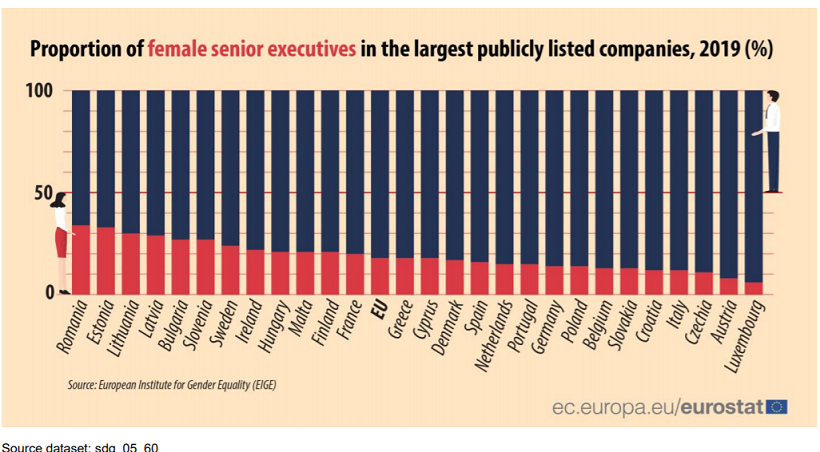 This information is published by Eurostat, the statistical office of the European Union, on the occasion of International Women’s Day. This news release only shows a small part of the large amount of gender based data available at Eurostat.