Germany’s power supply is one of the most reliable in the world. Yet the growth in renewable energy has introduced a host of unpredictable factors into the power mix. The increasing number of irregular power sources can bring problems for grid stability. Moreover, in the event of a prolonged outage, there is the need to maintain the supply of power to critical infrastructure. In a groundbreaking concept, Fraunhofer research teams are seeking to combine digital twin technology with a fleet of autonomous electric vehicles for precisely this purpose. 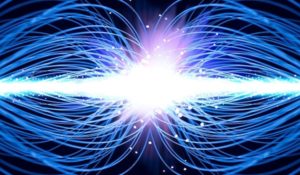 Various factors can compromise our supply of electricity. These include natural disasters, cyberattacks and the ongoing transition to a sustainable energy system. A lasting power outage can have dramatic consequences. Our supply of drinking water would fail, for example, as would rail transport, the phone network and street lighting. At present, the emergency response looks like this: when the local grid goes down, diesel generators step in to maintain the power supply. These ensure the safety of the population and provide power for vital systems such as hospital equipment. “This emergency service will cover a period of three days but not a whole week,” explains Jan Reich, an IT researcher at the Fraunhofer Institute for Experimental Software Engineering IESE. “The fuel reserves would run out before then. Besides, there are a lot of small but critical power consumers, such as water pumps and communication nodes, for which it’s just not economically viable to have generators on standby, as these require substantial maintenance.” Reich and fellow researchers from the Fraunhofer Institute for Integrated Systems and Device Technology IISB and the Fraunhofer Institute for Technological Trend Analysis INT have been investigating how to safeguard the supply of power to such critical infrastructure in the event of an emergency. In a project known as SmartKRIT, they have been working on alternative solutions that provide a rapid response to an emergency situation and then enable a swift return to normal operation.

Automated fleets of electric vehicles to connect generators and consumers

Their idea is to use a connected fleet of electric vehicles to transport the requisite power from generators to consumers equipped with bidirectional charging interfaces. “Obviously, it’s not something that could be realized in a couple of years,” says Reich. “But we hope that our concept could become a reality in around ten years’ time, once there’s been a growth in mobile power storage systems and connected fleets of automated vehicles to transport them.”

A control center will digitally coordinate the interaction between electric vehicles, power generators and consumers. There will also be a resilience-planning tool, developed by Fraunhofer, to help municipalities manage the complex control processes. In addition, a runtime software platform will provide priority-based monitoring for a dynamic system of power supply with autonomous vehicles. “This software platform will determine which consumers require power, which generators have spare capacity, and the location of the individual transport systems within a vehicle fleet,” Reich explains. Algorithms are used to calculate the optimal configuration within the totality of consumers, transport systems and available power resources, such as wind turbines, photovoltaic panels, combined heat and power units, and industrial facilities. A dedicated battery installed within each electric vehicle will be used to store the power, rather than the battery that drives the vehicle.

The objective is to generate a real-time picture of the actual power reserves, transport availability and power requirements at any one time. This enables crisis-management teams to react quickly and effectively to a dynamically changing situation in power availability and thereby ensure an optimal supply under the circumstances. Digital twins play a key role here. They provide a digital picture of the entire system. “For example, you can digitalize the sensor systems in a wind generator and then store this status in a digital twin. This means you can create a digital representation for every generator and every consumer, which gives you real-time information on the amount of power available, the current power demand and the status of the transport system.”

The first step towards a finished solution came back in March of this year, with the launch of a feasibility study for the SmartKRIT concept, conducted in the Kaiserslautern area. Here, project partners are investigating which conditions need to be met in order to establish an emergency power supply provided by a fleet of electric vehicles. To draw up the necessary route planning in the event of a major outage, they need to factor in a whole range of considerations. These include the quantity and operating range of electric vehicles, battery size and charging times, and the specifications of the wind turbines and photovoltaic systems. They also take into account the actual load profile of municipal utilities. “We’re not starting from scratch here,” says Reich. “There already exist various concepts for emergency scenarios. The task now is to analyze these and then improve and make them more flexible.”