The European Union has not done enough to harness the full potential of its space programmes, according to a special report published today by the European Court of Auditors (ECA). While the satellite-based programmes Galileo and Copernicus in particular provide valuable services and data, more efforts are needed to capitalise on the significant investment made (around €18 billion so far) and to optimise the benefits they bring to citizens and the economy. The auditors call for a comprehensive strategy, more targeted actions and better use of the regulatory framework for efficiently supporting the uptake of services. 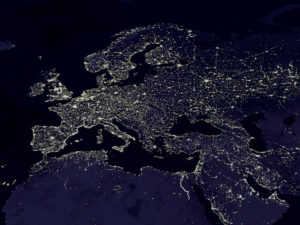 The EU currently has three space programmes, two of which account for the lion’s share of investment: Copernicus, which provides data from earth observation satellites, and Galileo, a global satellite navigation and positioning system. Up to the end of 2020, the EU spent €18.3 billion on its space programmes. For the 2021-2027 period, it earmarked more than €14 billion. In its 2016 strategy, the European Commission endeavoured to maximise the economic and societal benefits provided by the European space programmes. However, it did not define which benefits were being sought. Nor did it set clear targets and timeframes explaining what should be achieved, and by when.

“Technologically, the EU has succeeded in becoming a global player in terms of space-based earth observation and navigation services. But the EUlacks a comprehensive approach for supporting the uptake of its space services to fully capitalise on the significant public investment made”, said Mihails Kozlovs, the member of the European Court of Auditors responsible for the report. “As most measures for 2021-2027 are still on the launch pad, we hope that our audit will mark the countdown to a new set of actions that can efficiently help the EU to reap the full benefits of these valuable assets.”

The EU auditorsfound that the Commission’s approach to assessing the extent of the potential benefits had a number of shortcomings. As a result, the economic impact on growth and jobs and the actual overall benefits of the programmes are not known, and may have been over- or underestimated.

The auditors note that the Galileo programme was already delayed by eight years behind the initial plans when operations began in 2016. Nonetheless, good progress has been made recently in introducing Galileo-compatible receivers and thus enabling uptake in relevant market segments: for example, smartphones or automotive applications. However, the US GPS system, the first worldwide global satellite navigation system, has still a strong market penetration, and it will take time until users adopt Galileo more widely. This is exacerbated by recurrent delays: even though Galileo has features which other systems cannot provide, they are not yet fully available.

The auditors also found that several key actions to promote the EU-wide use of Copernicus data were not sufficiently targeted, or that they had not delivered the increase in uptake which had been hoped for. Applications need to be used more widely than the space sector to have their full effect, but their use remainslargely restricted to experts and scientists. Access to Copernicus data has been improved, but it is still provided through too many different platforms, and there is still no long-term vision for efficient access to the data.

In its 2016 Space Strategy for Europe, the Commission also committed to take regulatory measures to encourage the uptake of space solutions. Yet there has been little action in identifying regulatory or administrative barriers that may hamper the use of space services. The Commission has only partly taken advantage of the potential for promoting these services in EU legislation or standards, and significant gaps remainin promoting the use of EU space programmesin EU legislation or international standards, the auditors warn. In many relevant areas, for instance road transport and logistics, autonomous cars and drones, regulation is at best incomplete, and at worst totally absent.

Background information
The European Commission, the European Space Agency (ESA), and various other EU and non-EU entities share the management of the EU space programmes in cooperation with Member States. Currently, the EU has three flagship space programmes: Copernicus, the world’s largest earth observation programme; Galileo, Europe’s global navigation satellite system (GNSS); and EGNOS, the European Geostationary Navigation Overlay Service. Due to its very specific scope and its limited financial significance, EGNOS was not included within the scope of this audit.