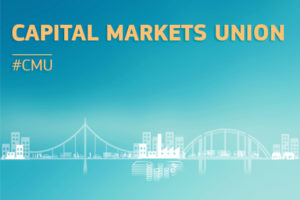 The free movement of capital is a key long-standing objective of the European Union. It is one of the pillars of the Single Market, along with the free movement of people, goods and services. Despite the Commission’s efforts to achieve the ambitious goal of building a capital markets union (CMU), results are still to come, according to a report presented by the European Court of Auditors (ECA) today. In the EU, businesses traditionally largely rely on banks for financing their activities. To provide an alternative funding source for start-ups and small and medium-sized enterprises (SMEs) and to mobilise private capital, the Commission has been making efforts since 2015 to supplement the Banking Union with a CMU. The CMU is also intended to remove cross-border barriers to investment within the EU more generally.

“The Capital Markets Union is an unfinished agenda, and much work remains to be done,” said Rimantas Šadžius, the Member of the European Court of Auditors responsible for the report. “The Commission’s measures to diversify the financing options of SMEs and efforts to develop local capital markets within the CMU have had no catalytic effect so far. In our opinion, increasing the role of private risk-sharing through capital markets remains an ambitious and urgent priority. This would bring about not only a more stable and crisis-resilient EU financial system, but also one which is better equipped to boost growth, especially when traditional bank funding is not easily available or when it fails.”

The auditors found that although some progress had been made, the expectations which had been raised were too high, and could not realistically have been achieved with the measures introduced in connection with the CMU. Up to now, most of the legislative acts related to the CMU have either not yet been implemented or have been implemented only recently. In particular, many of the key actions in the Commission’s CMU action plan that have not yet been initiated can only be undertaken by the Member States themselves, or with their full support. Many of the measures that the Commission was able to take within its remit were non-binding, or were narrow in scope. These measures were not successful in bringing about substantial progress in achieving the CMU.

According to the auditors, the measures to diversify financing sources for businesses were too weak to stimulate and catalyse a structural shift towards more market funding in the EU. For example, the auditors note that access to public markets for SMEs has so far not been significantly improved or become cheaper. They also note that the Commission could have done more to promote financial literacy among SMEs and would-be investors. Furthermore, securitisation legislation – which could have worked as an indirect financing instrument for SMEs – was a positive step, but has not yet had the expected impact of facilitating financing, and nor has it helped banks to increase their lending capacity.

The auditors also observed that the CMU action plan had not led to a breakthrough in the main barriers impeding cross-border capital flows. These barriers often emanate from national laws, such as those in the fields of insolvency and withholding tax, or from a lack of financial education. The progress on tackling the barriers was limited, partially due to a lack of support from the Member States.

Another issue with the CMU action plan was that objectives were vaguely formulated. Priorities were only established late in the process. And where targets existed, they tended not to be measurable. The auditors also noted that progress had not been regularly and consistently followed up. They recommended that the Commission should considerably reinforce the monitoring framework.

The auditors provide a number of other recommendations to the Commission to improve the effectiveness of the CMU project; these include carrying out well-targeted actions to further facilitate SMEs’ access to capital markets, and measures to address fragmentation and key cross-border barriers to investment. The auditors also invite the Council to consider how to take further the Commission’s proposal to address the asymmetric tax treatment of equity and debt detrimental to the development of CMU.

The audit work was completed prior to the outbreak of COVID-19, and therefore this report does not take into account any policy developments or other changes that occurred in response to the pandemic.

The purpose of this press release is to convey the main messages of the European Court of Auditors’ special reports. The full report is on eca.europa.eu.