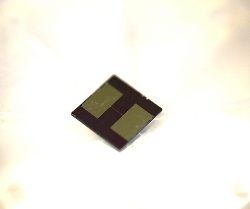 A new type of micropropulsion system for miniature satellites called CubeSats uses an innovative design of tiny nozzles that release precise bursts of water vapor to maneuver the spacecraft. Low-cost “microsatellites” and “nanosatellites” far smaller than conventional spacecraft, have become increasingly prevalent. Thousands of the miniature satellites might be launched to perform a variety of Read more about New CubeSat propulsion system uses water as propellant[…]