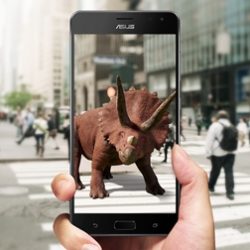 ASUS announced the availability of the ZenFone AR – a next-generation smartphone that represents a significant advancement in mobile virtual and augmented reality technologies. The ZenFone AR is the world’s first smartphone that supports both Tango AR and Daydream VR technologies developed by Google, giving users totally new ways to engage with and be entertained by their Read more about World’s first Augmented Reality (AR) and Virtual Reality (VR) Smartphone[…]