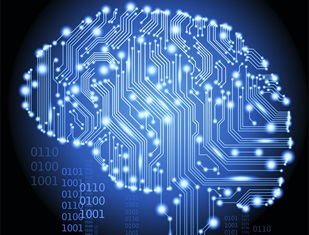 A new DARPA program aims to develop an implantable neural interface able to provide unprecedented signal resolution and data-transfer bandwidth between the human brain and the digital world. The interface would serve as a translator, converting between the electrochemical language used by neurons in the brain and the ones and zeros that constitute the language Read more about New effort aims for fully implantable devices able to connect with up to one million neurons[…]