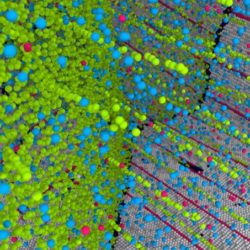 A team of scientists has made the strongest silver ever–42 percent stronger than the previous world record. But that’s not the important point. “We’ve discovered a new mechanism at work at the nanoscale that allows us to make metals that are much stronger than anything ever made before–while not losing any electrical conductivity,” says Frederic Read more about The strongest silver ever beat the world record[…]