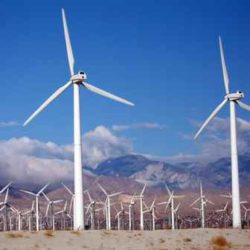 The EIB has signed a EUR 180m financing agreement with a project company sponsored by GE and Green Investment Group Limited. The agreement supports the construction and operation of the largest onshore wind farm on European territory so far. 179 wind turbines will be built near the Northern Swedish city of Piteå, close to the Read more about EIB supports largest European onshore windfarm in Northern Sweden[…]