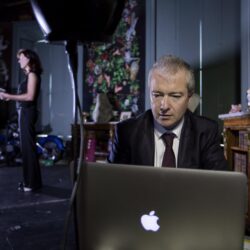 Teleportation is most commonly the stuff of science fiction and, for many, would conjure up the immortal phrase “Beam me up Scotty”. However, a new study has described how its status in science fact could actually be employed as another, and perhaps unlikely, form of entertainment – live music. Dr Alexis Kirke, Senior Research Fellow Read more about Teleportation in the world of making and performing music[…]