The European Union is committed to free trade. However, if European industries suffer as a result of unfair practices by non-EU countries, such as dumping and subsidised imports, the EU can respond with Trade Defence Instruments (TDIs). The European Court of Auditors has looked at this area for the first time. It concludes that the Commission has been successful in enforcing trade defence policy, but that there is room to improve the policy’s effectiveness, particularly in view of the growing tensions in global trade politics. 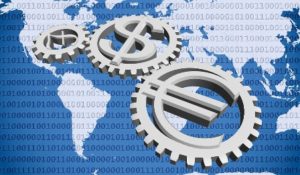 As a member of the World Trade Organization and given its own values, the EU is committed to an open and rules-based trading system. The European Commission can use trade defence instruments to fight back against unfair competitive practices that are not compliant with international rules, such as dumping (export sales below domestic prices) and subsidisation (unjustified state support for export products).

“Open trade creates opportunities for European companies, if the playing field is level. In our audit, we found that the Commission was able to defend the interests of EU producers against unfair competition”, said Ildikó Gáll-Pelcz, the member of the European Court of Auditors responsible for the report. “We think that European businesses should be more informed of this action against unfair practices. Moreover, there is scope for improvements in monitoring and prioritising activities to tackle future challenges in international trade.”

Trade defence measures usually take the form of extra duties to compensate for losses suffered by EU industry as a result of unfair practices. Trade policy is an exclusive competence of the EU, meaning that the European Commission is responsible for carrying out investigations and imposing duties on behalf of the Member States. According to the auditors, the Commission makes active use of the tools at its disposal, properly carrying out investigations, and duly justifying measures when imposed. In most cases, these defence measures target industrial rather than consumer products, bicycles (both electric and standard) being a notable exception. Indeed, the auditors found that TDIs had had a clearly positive impact in the e-bikes sector: production in Europe would probably have ceased without them. Moreover, according to the auditors, TDIs were also an important source of support for the steel industry, although less so for the solar panel industry. However, the latter sector is strongly impacted by political decisions about the environment and climate change.

In general, the auditors recommend that the Commission raise awareness of trade defence instruments, as only a few industries currently use them: sectors such as steel and chemicals are well acquainted with TDIs, but others – particularly small and medium sized enterprises (SMEs) – are much less familiar with them and may therefore not seek protective measures when experiencing trade distortions. Furthermore, the auditors recommend that the Commission, as the EU’s global trade player, improve the way it monitors the policy’s overall effectiveness and prioritise some actions better (e.g. in context of the WTO forum).

The purpose of this press release is to convey the main messages of the European Court of Auditors’ special report. The full report is on eca.europa.eu.