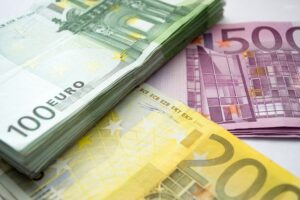 The European Commission has approved a €4 billion (approximately RON 19.7 billion) Romanian scheme to support companies across sectors in the context of Russia’s invasion of Ukraine. The scheme was approved under the State aid Temporary Crisis Framework, adopted by the Commission on 23 March 2022 and amended on 20 July 2022, based on Article 107(3)(b) of the Treaty on the Functioning of the European Union (‘TFEU’), recognising that the EU economy is experiencing a serious disturbance.

Executive Vice-President Margrethe Vestager, in charge of competition policy, said: “Russia’s unjustified war of aggression against Ukraine continues to negatively affect the EU and the Romanian economy. The €4 billion scheme approved today will enable Romania to mitigate the economic impact of the current geopolitical crisis on companies across sectors. We continue to stand with Ukraine and its people. At the same time, we continue working closely with Member States to ensure that national support measures can be put in place in a timely, coordinated and effective way, while protecting the level playing field in the Single Market.”

Romania notified to the Commission, under the Temporary Crisis Framework, a €4 billion (approximately RON 19.7 billion) scheme to support companies of all sizes and sectors in the context of Russia’s invasion of Ukraine.

In light of the high degree of economic uncertainty caused by the current geopolitical situation, the scheme is aimed at ensuring that sufficient liquidity remains available to the affected companies by enabling banks to continue lending to the real economy.

The eligible beneficiaries will be entitled to receive new loans that are covered by a State guarantee of up to 90% of the loan amounts, with maximum maturities of up to six years.

The Commission found that the Romanian scheme is in line with the conditions set out in the Temporary Crisis Framework. In particular, with respect to the guarantees on loans, the aid will cover guarantees on loans with a limited maturity and size. With respect to limited amounts of aid in the form of direct grants, the aid will not exceed (i) €62,000 and €75,000 per company active in the agriculture, fisheries and aquaculture sectors respectively, and (ii) €500,000 per company active in all other sectors. Support under the scheme will be granted no later than 31 December 2022.

The Commission concluded that the Romanian scheme is necessary, appropriate and proportionate to remedy a serious disturbance in the economy of a Member State, in line with Article 107(3)(b) TFEU and the conditions set out in the Temporary Crisis Framework.

On this basis, the Commission approved the aid measure under EU State aid rules.

The State aid Temporary Crisis Framework, adopted on 23 March 2022, enables Member States to use the flexibility foreseen under State aid rules to support the economy in the context of Russia’s invasion of Ukraine.

The Temporary Crisis Framework has been amended on 20 July 2022, to complement the Winter Preparedness Package and in line with the REPowerEU Plan objectives.

The Temporary Crisis Framework provides for the following types of aid, which can be granted by Member States:

The following types of aid are also possible on a case-by-case basis, subject to conditions: (i) support for companies affected by mandatory or voluntary gas curtailment, (ii) support for the filling of gas storages, (iii) transitory and time-limited support for fuel switching to more polluting fossil fuels subject to energy efficiency efforts and to avoiding lock-in effects, and (iv) support the provision of insurance or reinsurance to companies transporting goods to and from Ukraine.

Sanctioned Russian-controlled entities will be excluded from the scope of these measures.

The Temporary Crisis Framework includes a number of safeguards:

The Temporary Crisis Framework will be in place until 31 December 2022 for the liquidity support measures and measures covering increased energy costs. Aid supporting the roll-out of renewables and the decarbonisation of the industry may be granted until end June 2023. With a view to ensuring legal certainty, the Commission will assess at a later stage the need for an extension.

The non-confidential version of the decision will be made available under the case number SA.103626 in the State aid register on the Commission’s competition website once any confidentiality issues have been resolved. New publications of State aid decisions on the internet and in the Official Journal are listed in the Competition Weekly e-News.

More information on the Temporary Crisis Framework and other actions taken by the Commission to address the economic impact of Russia’s invasion of Ukraine can be found here.