Ginkgo Bioworks, a leader in bioengineering, and Prospect Bio, a biosensor discovery and development company, announced today a collaboration to develop biosensors to accelerate biological strain development. Biosensors will be deployed to decrease the time and cost of screening prototype biological designs to speed the discovery process. Through the collaboration, Prospect will develop a number of biosensors for Ginkgo products, for use in strain development. 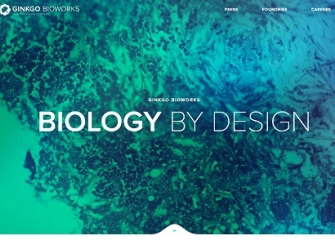 Currently, analytical screening of engineered microbial strains is a recognized bottleneck in the organism engineering design cycle. While traditional analytical chemistry techniques require that one strain be measured at a time, biosensors can measure many strains in parallel, thereby bringing costs down nearly 40 times lower. In this way, biosensors enable screening of vastly larger libraries of engineered microbes, accelerating time to commercialization.

“The synergy between our foundry tools and Prospect’s biosensors means lower costs and faster development times across a range of our projects,” said Nate Tedford, head of Ginkgo’s test platform. “We’re thrilled to be working with Prospect Bio on new tools that will help us grow our capabilities even further.”

Ginkgo recently announced the opening of their second-generation organism foundry, Bioworks2, an 18,000 square foot facility for designing and testing engineered organisms. Ginkgo’s foundries enable rapid development of engineered microbes that can produce enzymes and other compounds used in the flavors and fragrances, cosmetics, and nutritional products, among many other applications. “We are excited to begin a partnership with a company so committed to growing the field of biological engineering, as evidenced by Ginkgo’s many successful partnerships. Ginkgo’s platform is state of the art and capable of engineering cells to produce a broad range of targets, representing an incredible opportunity to demonstrate the similarly wide-ranging capabilities of our custom biosensors,” said Giles Ochs, Co-Founder of Prospect Bio.

Biosensors have recently made significant impacts in commercial scale research, at Prospect and beyond. Elsewhere, researchers have recently relied solely on a biosensor to discover a novel small-molecule transport system in bacteria. The increased use of biosensors vastly increases R&D throughput, whether screening evolved genetic diversity or libraries of rationally engineered strains. By complementing Ginkgo’s current screening methods, biosensors are expected to enable new growth in biological engineering.

Headquartered in Boston, Ginkgo Bioworks uses the most advanced technology on the planet—biology—to grow products instead of manufacture them. The company’s technology platform is bringing biotechnology into consumer goods markets—enabling fragrance, cosmetic, nutrition, and food companies to make better products. For more information, visit www.ginkgobioworks.com.