The agreements with the five banks aim to facilitate access to finance for Romanian SMEs by providing a 60% guarantee on each loan and by lowering the interest rates charged by banks. These transactions with Raiffeisen Bank, ProCredit Bank Romania, Banca Comerciala Romana, Banca Transilvania and BancPost are expected to benefit around 3,700 SMEs and start-ups in need of finance. 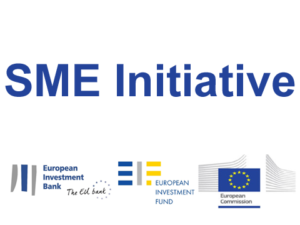 The SME Initiative entails an innovative change in the use of European Structural and Investment Funds (ESI Funds), combining the latter with EU central budget (resources from the Horizon 2020 Programme) and EIB Group funds.

Romania is contributing EUR 100 million from its European Regional Development Fund envelope to this EU initiative, which, together with resources from the EIB Group and the Horizon 2020 programme, will be leveraged with commercial lending through a risk-sharing mechanism. This will result in more SMEs benefiting from European resources on advantageous terms, such as reduced interest rates and improved collateral requirements. This financial instrument will act as a catalyst for private investment and foster job creation within the SME community.

Commenting on the new signatures, EIF Deputy Chief Executive, Roger Havenith said: “The uptake of the Romanian SME Initiative has been impressive, and I am pleased that five SME Initiative agreements have now been signed. These transactions will help to finance more than 3,700 Romanian SMEs over the coming years. The combination of European Structural and Investment funds, EU Horizon 2020 and EIB Group resources allows EIF to provide risk-sharing and capital relief to financial intermediaries for the ultimate benefit of local SMEs.”

EIB Vice-President, Andrew McDowell said: “These five banks are significant SME lenders in Romania and via the SME Initiative will be crucial partners in providing support for entrepreneurs. The EIB Group is committed to rolling out the SME Initiative and we are pleased to be announcing, together with the Romanian authorities, that five banks will now start providing finance for SMEs in Romania. We are confident that these agreements will deliver lasting benefits to Romanian businesses.”

Commenting on this new initiative European Commissioner for Regional policy Corina Creţu said:  “I am pleased to see that Romanian businesses are fully tapping into the potential of the SME initiative. Romanian entrepreneurs are talented and Romanian small businesses are competitive, but they often need an additional boost in order to develop innovative products, enter global value chains and create jobs in the country. This is what this initiative is about. I also hope that Romania will serve as an example in the EU and will convince other Member States to join the SME initiative.”

The SME Initiative Programme for Romania, adopted in October 2016, is part of a broader initiative of the European Commission and the EIB Group, to encourage Member States to double their use of ESI Funds invested through financial instruments in 2014-2020 and boost the competiveness of Romania’s micro, small and medium-sized businesses through increased access to finance.

The SME Initiative is a joint financial instrument of the European Commission and the EIB Group.  It was designed as a fast and effective response instrument to increase lending to the real economy, create jobs and stimulate growth.

The European Investment Fund (EIF) is part of the EIB Group. Its central mission is to support Europe’s micro, small and medium-sized businesses (SMEs) by helping them to access finance. EIF designs and develops venture and growth capital, guarantees and microfinance instruments which specifically target this market segment. In this role, EIF fosters EU objectives in support of innovation, research and development, entrepreneurship, growth, and employment.

The European Investment Bank (EIB) is the EU’s long-term lending institution and is owned by the EU Member States. It makes long-term finance available for sound investment, contributing to growth, jobs, regional convergence and climate action in Europe and beyond.