We are constantly surrounded by sounds and vibrations in our environment, such as a ringing phone or a buzzing smart device like a wearable activity tracker. While such notifications from personal devices are an efficient way of alerting users to an incoming call or email, do they also distract users from what they are currently doing? 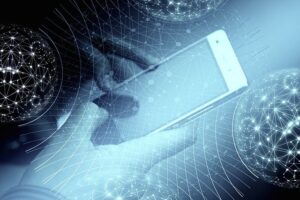 This was what a team of researchers from Yale-NUS College sought to find out.

The team, led by Yale-NUS Assistant Professor of Social Sciences (Psychology) Christopher Asplund and Singapore University of Technology and Design’s Assistant Professor Simon Perrault, found that haptic feedback (such as vibration feedback) does cause distraction, but this loss of focus lasts only for about one second. The findings can help designers improve the usability of notification features in devices.

Information conveyed through haptic feedback has advantages as it can alert users privately (as compared to a ringing phone) and during physical activities. Moreover, there has been increased interest in further developing haptic interfaces in devices in recent years. While distraction from visual and auditory feedback has been extensively studied, Asst Prof Asplund explained that the distraction caused by haptic feedback remains poorly understood. This latest study provides new information on the attentional capture effects in haptic feedback and offers suggestions for designing alerts in smart devices. The study was published in May in ACM Transactions on Computer-Human Interaction.

Asst Prof Asplund said, „Distracting sounds and vibrations in the environment capture users’ attention, and we wanted to understand its impact on doing other things. So if you are surprised by an unexpected vibration from your activity monitor, will you fail to notice your buzzing phone? The answer appears to be yes, but the timing matters: The distraction effects are strong but last for only about a second. That’s why we think that devices could be designed to compensate for our distractibility, either by separating the sending of critical information in time or by detecting distracting events and then delaying the presentation of information to the user.”

Hence, the team recommends that smart devices should have dynamically scheduled notifications where multiple alerts are separated by at least one second. In addition, devices can be designed to actively sense unexpected vibrations or sounds in the environment and consequently delay notifications till the optimal time gap is reached to minimise distractions to the user. For example, a smart watch could delay non-urgent notifications such as emails when the user is running.

The project started as a capstone project by Yale-NUS alumnus Mr Parag Bhatnagar (Class of 2017), who worked under the supervision of Asst Prof Asplund and then Yale-NUS faculty member Asst Prof Perrault. Mr Bhatnagar’s project investigated the effects of auditory and haptic distractions on haptic feedback perception. The experiments were then refined by the two professors, who led a team to develop new experiments to assess the effects of distracting stimuli on tasks that use haptic feedback. Eight Yale-NUS students, including an incoming first-year student, were involved in apparatus construction and data collection across four experiments. More than 100 other students, mostly from Yale-NUS College and UTown Residential Colleges, were the human participants.

The research was conducted at Yale-NUS and funded through Ministry of Education start-up grants to Assistant Professors Asplund and Perrault.