The European Commission announced the adoption of the second annual work programme of the European Defence Fund (EDF). The EDF 2022 work programme will allocate up to a total of €924 million in funding. One week after the Joint Communication on Defence investment gaps, the Commission unlocks new funding to invest together and better in strategic defence capabilities. Additionally, the 2022 work programme introduces a series of new tools to promote defence innovation, all under one new umbrella called the EU Defence Innovation Scheme (EUDIS). Already announced in the Commission’s Defence Package of 15 February 2022, EUDIS will work in close partnership with EDA’s Innovation Hub. 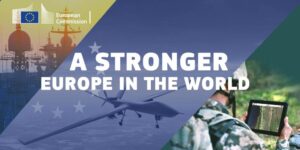 Margrethe Vestager, Executive Vice-President for a Europe Fit for the Digital Age, said: “Innovation is at the core of our response to current evolving threats. Today, the Commission unlocks new funding and takes an important step with new attractive instruments to spur defence innovation by leveraging the experience it has developed for decades in civil innovation, by promoting cooperation from all across our Union.”

Thierry Breton, Commissioner for Internal Market, said: “Today, we decided to mobilise €1billion of EU budget this year to develop common defence projects notably in space, cyber and various high-end capabilities. In our new security context, these investments will contribute to closing the European defence gap. We are also launching a €2billion EU Defence Innovation Scheme to make Europe a defence innovation hub. Complementing the EDF investment effort in capability development, we must now progress towards joint defence procurement as we just proposed in our communication to EU leaders.”

The EDF helps reduce the fragmentation of the European defence capability development landscape. It also enhances industrial competitiveness and promotes interoperability throughout Europe. The 2022 EDF work programme addresses in total 33 topics structured along eight calls for proposals – to be opened in early June – to kick-start a number of large emblematic projects. It targets relevant defence technologies and capabilities in line with the EU capability priorities commonly agreed by Member States and further elaborated in the Strategic Compass. In addition, the 2022 EDF work programme also ensures continuity of funding for some important projects initiated under the two EDF precursor programmes.

This year, with a budget of more than €120 million for each, two critical domains will be put in the spotlight to support capability developments:

In addition, €70 million will be allocated to R&D efforts in each of the two following categories:

High-end defence capabilities and enabling technologies are also addressed through different categories of actions. These include the development of a medium-size tactical cargo aircraft contributing to military mobility, airborne electronic warfare, collaborative combat for land forces, technologies and sustainable components for underwater applications, including underwater manned-unmanned teaming and swarms.

The EU Defence Innovation Scheme will bring under one umbrella relevant EU initiatives in support of defence innovation and entrepreneurship. Proven practices originating from civil innovation will be used for the defence sector. In the 2022 EDF work programme, the Commission launches a set of actions to support innovative entrepreneurs, start-ups and SMEs and bring them into the defence industrial ecosystem:

These new measures will complement the current support to disruptive technologies and SMEs through recurrent dedicated calls for proposals aimed at fostering innovation. The aim of the Commission is to generate until 2027 a total investment of up to €2 billion into defence innovation, triggered by the EDF, under the EU Defence Innovation Scheme. The Scheme will help implement the EU’s Action Plan on synergies between civil, defence and space industries.

The EDF is the Commission’s flagship instrument to support defence cooperation in Europe. Without substituting Member States’ efforts, it promotes cooperation between companies of all sizes and research actors throughout the EU. The EDF supports competitive and collaborative defence projects throughout the entire cycle of research and development, focusing on projects leading to state-of-the-art and interoperable defence technologies and equipment. It also fosters innovation and incentivises the cross-border participation of SMEs. Projects are defined based on the defence capability priorities agreed by Member States within the framework of the Common Security and Defence Policy (CSDP), and particularly in the context of the Capability Development Plan (CDP).

Between 4% and 8% of the EDF budget is devoted to development or research for disruptive technologies having the potential to create game-changing innovations.

The EDF is implemented through annual work programmes structured along 17 stable thematic and horizontal categories of actions during the Multiannual Financial Framework period 2021-2027, focusing on: