In 2005 there were less than one million of them. Today there are 1.8 million. And in three years’ time, this will soar to around 2.6 million. Industrial robots are on the march.

Technology already plays a major role in the manufacturing sector. But as robots become better and more sophisticated, PwC economists expect their impact to gradually permeate more industries – including the services sector, which accounts for most jobs in industrialised economies.

Business leaders are already taking note of these changes and are factoring it into their corporate strategy. Our 2016 global CEO survey shows that 77% of CEOs think that technological progress is the megatrend most likely to transform how businesses interact with their stakeholders (see figure 1). 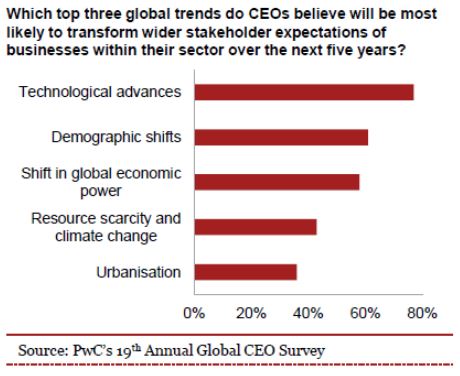 Figure 1: Most business leaders expect technological advances to have a transformative effect on their sector

Technology can lower costs and increase efficiency. For example, robotics can help businesses make better use of their existing capital stock and increase margins. This in turn could create further demand for traditional forms of investment, such as warehouses and machinery. The price of goods and services could also drop – or increase more slowly – if businesses pass on these productivity gains to consumers through lower prices, which they should do so long as markets are competitive.

But what impact could increased technological change have on jobs? Says Barret Kupelian, Senior Economist, PwC:

“Clearly, technology that complements labour is expected to have less adverse effects on jobs than technology that displaces labour. In many consumer services sectors, for example, where human contact and care is of central importance, there is less scope for robots to replace humans – at least for the time being.”

In other areas, however, automation may represent more of a threat to jobs – though the scale of this threat varies from a Frey and Osborne (2013) estimate that around 47% of current jobs are at risk in the US over the next two decades, to an OECD study that places the figure at only 9%.

Digital technologies also create new jobs, so the effect is by no means all negative. “Technological breakthroughs are a disrupting force for businesses and workers. But for those businesses that can adapt fastest to new technologies, and for workers with characteristics that machines don’t currently have – such as creativity and empathy – improvements in technology could deliver substantial gains,” adds Barret Kupelian.

Are households feeling the benefits of economic recovery? 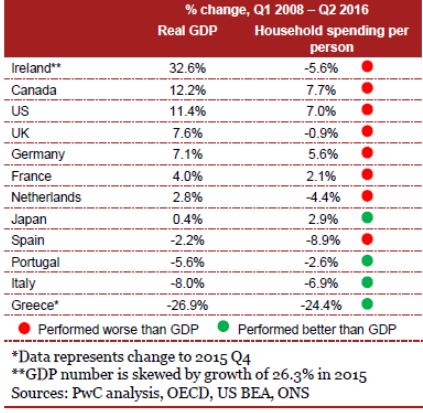 Figure 2: Of the G7, real household spending per person remains below its pre-crisis level in the UK and Italy

“This measure paints a less optimistic picture of the post-recession recovery for the average person, and presents a challenge for businesses focused on consumer goods and services as their revenue is more sensitive to household spending patterns. This emphasises the point that some businesses should look at more than just GDP trends when making revenue projections.” For more details, please see this month’s Global Economy Watch video

At PwC, our purpose is to build trust in society and solve important problems. We’re a network of firms in 157 countries with more than 223,000 people who are committed to delivering quality in assurance, advisory and tax services. Find out more and tell us what matters to you by visiting us at www.pwc.com.