The Recovery and Resilience Facility (RRF) will support Member States in absorbing the economic shock created by the COVID crisis and making their economies more resilient. In a new opinion published today, the European Court of Auditors (ECA) points to the importance of the national Recovery and Resilience Plans (RRPs) in making sure that the EU’s financial support is targeted at achieving the overall common EU objectives for cohesion, sustainability and digitalisation, and co-ordinated well with other forms of EU and national support. 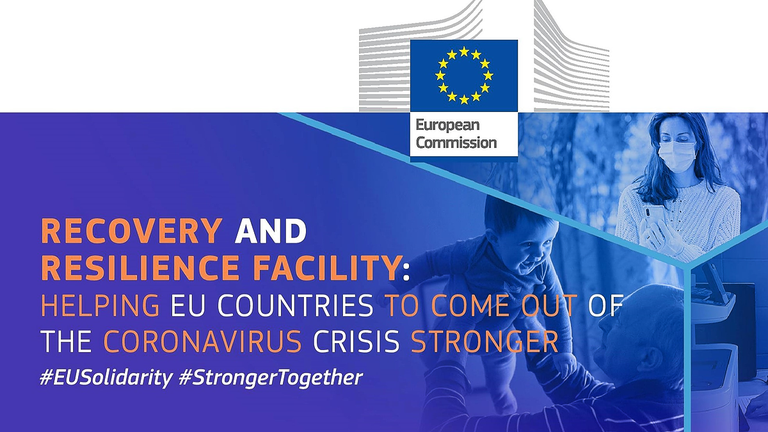 In May 2020 the European Commission proposed the Next Generation EU (NGEU) as part of a wideranging package to reduce the socio-economic impact of the pandemic. Within the NGEU, the Recovery and Resilience Facility (RRF) will play the biggest role, with more than €600 billion to distribute in grants and loans. The RRF is designed to offer large-scale financial support for public investments and reforms in cohesion, sustainability and digitalisation. Recipient Member States will need to draft Recovery and Resilience Plans (RRPs) in line with the relevant country-specific recommendations adopted by the Commission in the European Semester.

“The RRF is essential in rapidly mobilising the necessary funds to foster recovery and increase the resilience of our national economies. Member States will have to do their part,setting their agendas for green and digital transitions, investments and reforms,” said Ivana Maletić, the ECA member responsible for the opinion. “This is an opportunity to demonstrate that the EU creates value for money. To do so, we must be very attentive that the money is actually allocated to measures that help achieve the EU’s ambitious objectives. In this way we will make the most of the RRF’s potential.”

The RRF’s spending logic supports broad reform and investment programmes based on progress milestones, instead of reimbursing specific programme/project-related costs, as for EU structural funds. According to the auditors, the linkage of the RRF to EU objectives – such as socio-economic convergence, the Green Deal and digital transformation – could be strengthened through, for example, compulsory common indicators, thereby ensuring a direct connection between the milestones and targets set in individual RRPs and the related objectives. The auditors welcome the fact that the RRF builds on existing procedures, such as the Common Provisions Regulation (CPR) and the European Semester, fostering synergies and reducing administrative burdens at both the EU and national level. In addition, the envisaged dialogue with the Member States allows flexibility to face specific situations. However, the auditors note that preparing RRPs, Operational Programmes and National Reform Programmes (NRPs) at the same time may be challenging for Member States, and call for simplified procedures. They also highlight the need for appropriate guidance and coordination, to avoid overlapping with other sources of EU funding.

The adequacy of the financial amounts proposed to address the consequences of a crisis still unfolding is difficult to assess, according to the auditors. Even though the RRF was introduced as a response to the medium and long-term consequences of the pandemic, the proposed allocation of the financial contributions to Member States is to a large extent determined by the pre-COVID situation. As a result, four out the ten Member States receiving the highest RRF grant allocation are expected to suffer from a less substantial decline in GDP in 2020 than the EU average of about 7 %. Besides, the allocation mechanism only partly reflects the RRF’s objective to promote the Union’s economic, social and territorial cohesion by improving resilience and supporting recovery. More than two thirds of the RRF’s grants are in fact earmarked for the 14 Member States with a 2019 GDP per capita of at least 90 % of the EU’s average, and only about a quarter for the eight Member States with a 2019 GDP per capita below 75 % of the EU’s average.

Finally, the auditors stress that strong and effective measures against fraud and irregularities must be put in place by the Commission and Member States to ensure that the EU’s financial support is used for its intended purpose. Some weaknesses in the envisaged monitoring and reporting procedures were also noted. As per the RRF governance and audit arrangements, the auditors believe that the role of the European Parliament in the budgetary process should be explicitly defined, as well as the audit rights of the ECA, to ensure that the same principles of accountability and transparency are applied to the RRF as to the general EU budget.