SpaceVR a San Francisco-based startup developed the world’s first virtual reality platform that will allow users to experience space first hand from any mobile, desktop or virtual reality device. The company is currently aiming to send a virtual reality camera to the International Space Station to capture immersive VR video of the Earth from space.

Being in space and looking down at the earth, astronauts are hit with an astounding reality: our planet is a tiny, fragile ball of life, “hanging in the void”, shielded and nourished by a paper-thin atmosphere. It’s a phenomenon known as the Overview Effect.

Space is the final frontier, and everybody should have a chance to be a part of exploring it and, in turn, being influenced by it—to experience the Overview Effect. There’s a lot of excitement about exploring space by the people, for the people, and we can’t do it without you. Together we can make the universe accessible to everyone, inspire the next generation of explorers and get people excited about STEAM (Science, Technology, Engineering, Art and Math) fields. 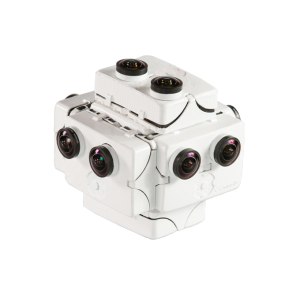 Overview One is the virtual reality camera that we will be sending to the Cupola module, the observation deck of the International Space Station (ISS), to capture immersive virtual reality video – giving you the chance to have the same experience the astronauts get.

VR camera is being developed using space heritage parts (camera CCD sensor and batteries) to get it up and running as quickly, cheaply and efficiently as possible. Was reduced project risk by focusing attention on solving the human and computer interface problems, since astronaut time is limited.

Virtual reality, more commonly known as VR, is an immersive, 3D experience that makes you feel like you’re actually somewhere that you’re not. You’re transported to a virtual world that you feel truly a part of.

Think of it as the difference between watching a SpaceX launch on TV and feeling like you’re actually at Cape Canaveral watching and hearing the rocket takeoff.

These experiences are delivered through a headset, such as the Samsung GearVR or the more cost effective Google Cardboard, which allow you to look around and see the environment in all directions.

The headset itself is a wearable device you put over your eyes that combines all of these components to teleport you to another world.

There are 6 key steps to getting this from concept to reality: