Researchers at the joint EPFL-Empa lab in Sion have developed a reactor system and an analysis method that has allowed them to observe the real-time production of synthetic natural gas from CO2 and H2 for the first time.

Infrared (IR) thermography is used to determine the temperature of humans and objects with high precision and without interfering with the system. A single image taken with an IR camera can capture the same amount of information as hundreds to millions of temperature sensors at once. What’s more, modern IR cameras can achieve fast acquisition frequencies of over 50 Hz, which allows the investigation of dynamic phenomena with high resolution. 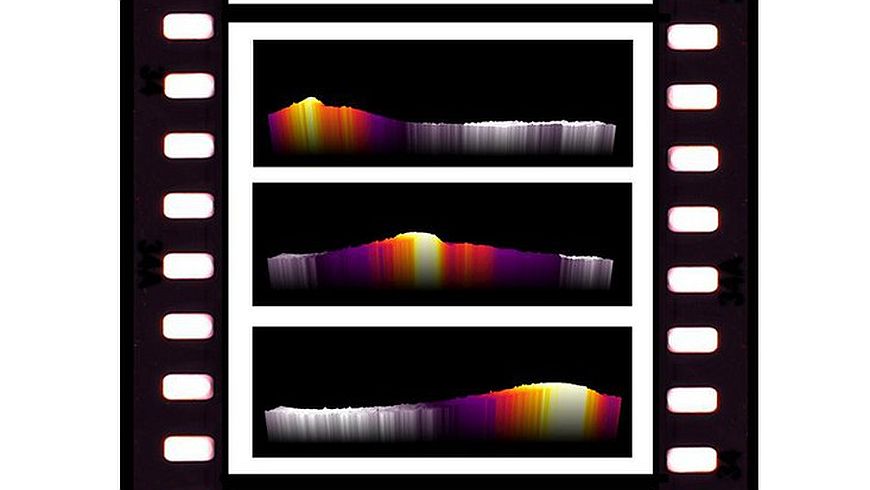 Researchers at the Joint Lab of EPFL and Empa have developed a reactor system and an analysis method that allows to observe the real-time production of synthetic natural gas from CO2 and H2 for the first time. Image: EPFL

Now, Swiss scientists have designed a reactor that can use IR thermography to visualize dynamic surface reactions and correlate it with other rapid gas analysis methods to obtain a holistic understanding of the reaction in rapidly changing conditions. The research was led by Robin Mutschler and Emanuele Moioli at the joint EPFL-Empa lab of Andreas Züttel in Sion and they collaborated with researchers at the Polytechnic University of Milan.

The scientists applied their method to catalytic surface reactions between carbon dioxide and hydrogen, including the Sabatier reaction, which can be used to produce synthetic methane from renewable energy by combining CO2 from the atmosphere and H2 from water splitting, thus enabling the synthesis of e-fuels – renewable synthetic fuels with properties similar to their fossil counterparts. The Sabatier reaction will also be used in the projected methane production in the “move” mobility demonstrator on the Empa campus in Dübendorf. A catalyst is required in this chemical process to activate the relatively inert CO2 as a reactant.

In particular, the researchers focused on the investigation of dynamic reaction phenomena occurring during the reaction activation from different initial catalyst states. “The reaction on the catalyst is favored by a hydrogenated surface while an exposure to CO2 poisons the catalyst and inhibits a fast reaction activation,” says Mutschler. And Moioli adds: “Thanks to this new approach, we could visualize new dynamic reaction phenomena never observed before.”

In their study, they showed the catalyst working and responding to changes in feed gas composition in real time for the first time. Due to their results, the reaction startup and activation behavior are now better understood, which can lead to optimized reactor and catalyst designs to improve the performance of these reactor systems working in dynamic conditions.

This is crucial since renewable energy typically provides energy and reactants in varying quantities and, therefore, the reactors converting renewable energy to fuels have to be adapted to work in dynamic conditions. The study was supported by the Swiss National Science Foundation (SNSF).