Today the group of independent Cohesion Policy experts presented its final report for a simplified EU funds framework after 2020.

Although the achievements of the EU Cohesion Policy are undeniably positive, the current volume of rules does not always make life easy for local authorities managing EU funds or businesses looking to apply for EU funding. Simplification is therefore key and the European Commission should look into how to further simplify access to EU funds in the budget framework post 2020.

This is the main message that the High Level Group of Simplification seeks to feed into the discussion on the future of the EU finances which the Commission launched on 28 June with its dedicated reflection paper, the final paper in the series of five reflection documents released following the publication on 1 March of the Commission’s White Paper on the Future of Europe. 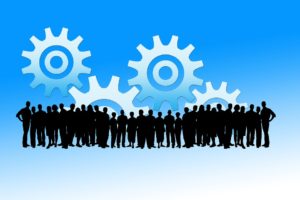 Commissioner Günther H. Oettinger, in charge of budget and human resources, said:“Citizens expect the EU to do more, yet the EU budget is decreasing. To solve this dilemma, we must make the most out of every euro that we spend. And simpler rules make for better spending.”

Commissioner for Employment, Social Affairs, Skills and Labour Mobility Marianne Thyssen said: “Using the full potential of simplification will save money and time that can be used instead for boosting social convergence across Europe.”

High Level Group Chairman Siim Kallas said: “Simplifying access to and use of EU Cohesion funds will certainly contribute to bringing citizens closer to the EU.”

According to the Group, the current architecture of the rules is effective but needs a good clean-up. Shared management governance should be kept to ensure mutual trust and ownership of common growth and jobs goals. But the simplest rules are those that are few in number; the Group suggests rules to delete or radically reduce.

Rules in different EU funds and instruments should be harmonised in terms of state aid, public procurement and methods to reimburse costs, to facilitate synergies and allow beneficiaries to apply for different sources of EU funding for the same project. For example, applying the same rules in Cohesion Policy and in the European Fund for Strategic Investments (EFSI) framework would allow easier access to support for small businesses.

An even simpler framework should be available to all Member States and regions, provided they fulfil a number of criteria: reliable management and control systems; significant national co-financing to incentivise sound spending; identification of key structural reforms to implement and focus on few priority areas to be able to deliver.

The Group suggests that EU rules should then be limited to strategic investment priorities and principles for spending. EU funds would be delivered via existing national administrative mechanisms and Commission audit work would be limited. The Member State and Commission would agree on structural reforms to be achieved and concrete outputs which trigger reimbursements.

Simplification has already proved to be a success story: today Commissioner Oettinger presented three reports on the implementation of the 2016 EU budget. One of the lessons is that simplified EU rules make it easier for local authorities, farmers and businesses to use EU funds effectively and correctly. In the same vein, the Commission proposed in September 2016 to simplify the rules under which Member States and other beneficiaries receive EU money.

The European Commission launched the High Level Group in 2015 to identify opportunities to strip cohesion policy rules of unnecessary complexity, in view of both the mid-term review of the 2014-2020 Multiannual Financial Framework (MFF), to which the Group has significantly contributed, and the reflection on the post 2020 budgetary framework.

High Level Group Chairman Siim Kallas is a former European Commission Vice President in charge of Administrative matters, audit and anti-fraud and Transport. In addition to his in-house expertise on EU funds, Siim Kallas’ terms as Prime Minister and Minister of Finances of Estonia have given him a unique perspective on how EU financial support can be best combined with reforms on the ground to bring about economic growth.

The twelve members of the High Level Group represent national and regional authorities and the private sector. They all have personal experience in dealing with EU funds, as well as fresh ideas to reform the system.

Reflection paper on the future of EU finances